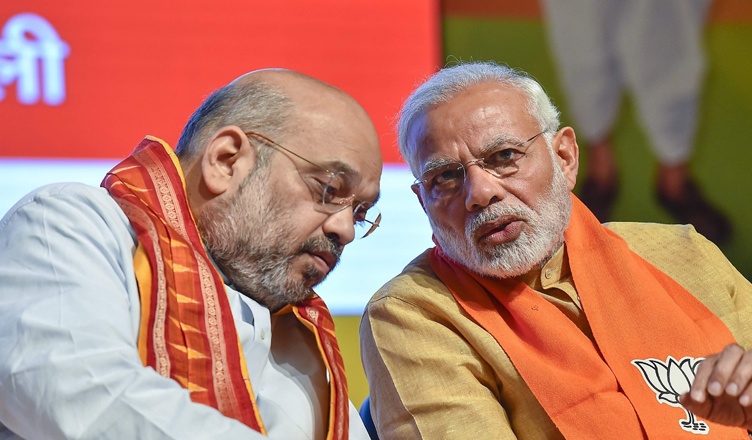 After reports of Bharatiya Janata Party (BJP) not revealing to the Election Commission (EC) or the public who their party treasurer is, even some senior BJP and Rashtriya Swayamsevak Sangh (RSS) leaders have expressed their unhappiness with the saffron party for concealing such an important detail.

As per the EC guidelines, national political parties are supposed to keep certain things in public domain, which also includes the name of the treasurer. But, the BJP has been conveniently ignoring this for a few years. Even on its official site, the page for national treasurer has been left blank. Also, the BJP’s audited accounts sent to the EC have been signed by an unidentified individual under the title “for treasurer”.

A BJP leader, who is also a senior member of the cabinet told The Wire that such a kind of thing has never happened before in the party and that earlier the rules were followed scrupulously. He also said that the post of treasurer is an important one and it not been undermined like this in the past.

Another party leader said that financial transparency becomes even more important in a pre-election year and one should know as to who the party treasurer is. Some other senior leaders also opined that the BJP’s casual approach towards financial transparency asserts that the party affairs are being centralised in the hands of Narendra Modi, Amit Shah, and a few others.

It has been two days since this story was broke first, but the BJP continues to maintain silence on the issue. Not just PM Modi, but his party members are also experts at maintaining ‘maun’.