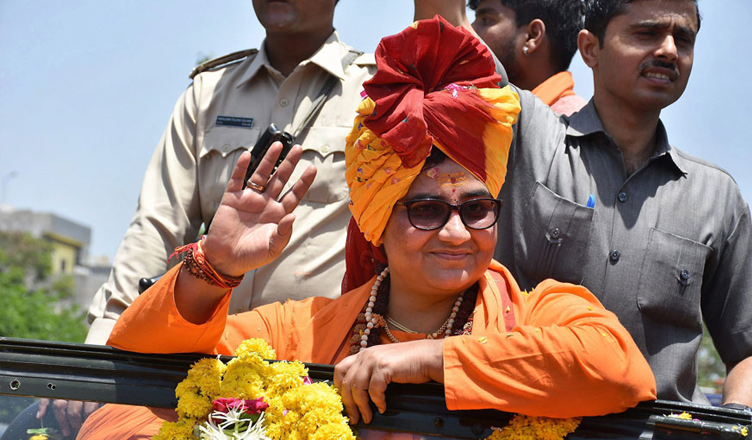 Terror-accused MP Pragya Singh Thakur has been nominated to the Parliamentary Consultative Committee of the Ministry of Defence, The Indian Express reported on Thursday.

Singh is an accused in the Malegaon blasts case. She fought from Bhopal on a BJP ticket against Congress leader Digvijaya Singh in the 2019 Lok Sabha polls and described her nomination as a “satyagraha” against “false terror cases”.

After charges against Singh under the Maharashtra Control of Organised Crime Act were dropped by the National Investigation Agency (NIA), she was granted bail by the Bombay High Court on health grounds in April 2017.

Singh is currently under trial for multiple charges under the Unlawful Activities (Prevention) Act.

According to The Indian Express, Thakur will be part of the 21-member parliamentary consultative committee is headed by Defence Minister Rajnath Singh.

“Pragya Thakur, a terror accused & Godse fanatic has been nominated by the BJP govt. to be a member of the Parliamentary Panel on Defence. This move is an insult to our nation’s defence forces, to our nation’s esteemed parliamentarians & to every Indian,” Congress tweeted.