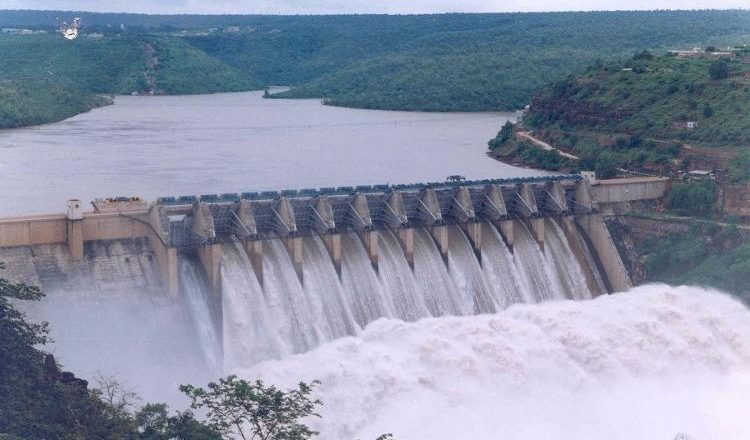 The Telangana formation day on June 2nd was marred with arrests of the opposition Congress leaders. The Telangana police detained/took into custody several Congress leaders and party workers as the planned to question the TRS government over the injustice to the state. Instead of explaining his stand, CM K. Chandrasekhar Rao has stifled the opposition’s voice on a day that was most sacred for the people of Telangana. The dispute pertains to the Pothireddypadu Project which the neighbouring Andhra Pradesh government is going ahead with. Last month, the minister for Jal Shakti had written to the Krishna River Management Board (KRMB) and convened a meeting to examine the Detailed Project Reports (DPRs). These reports deal with the capacity of the existing Pothireddypadu head regulator and plans of other projects to draw water from Srisailam reservoir on the Krishna river.

The Congress party had planned a Deeksha—protests—against the ruling TRS government for completely ignoring the irrigation projects that were sanctioned during the previous Congress government. Several leaders had planned to protest at various sites of the project on June 2nd; the formation day of the state. During the decades long struggle for statehood water sharing was one of the most contentious issues. The TRS had even given said that the struggle was for Neellu, Nidhulu, Niamakalu, (Water, Grants and Jobs). In fact, KCR was against the Pothireddypadu project during the struggle for statehood.

The CM has not explained why he has had a change of heart, nor has he explained to his state why the project in question is not detrimental to the development aspirations of the people of Telangana. Instead of taking the opposition Congress into confidence, and explaining how he arrived at an amicable agreement with Andhra Pradesh, and how the interests of Telangana have not been compromised, KCR locked up Congress leaders without warrants.

This is not the first time that the CM has gone back on his word or changed his stand without explaining why he has done so. During the agitation for Telangana, he claimed that if the TRS were to form the government, the first CM of the state would be from the Dalit community. Yet, his government is notorious for nepotism. During the Telangana elections in 2018, he lashed out at a voter publicly for asking him about an unkept promise.

Such crass demagoguery reveals how he treats Telangana as his ‘jagir’ and his only reason to take part in the Telangana agitation, often using derogatory and even unprintable words to refer to the people of Andhra Pradesh, was to satisfy his lust for power. If the interests of Telangana were truly his concern, he would explain to the people of the state the details of the project and the intergovernmental understanding, if any. He would take the opposition Congress into confidence and certainly not have them—or anyone—unlawfully detained.