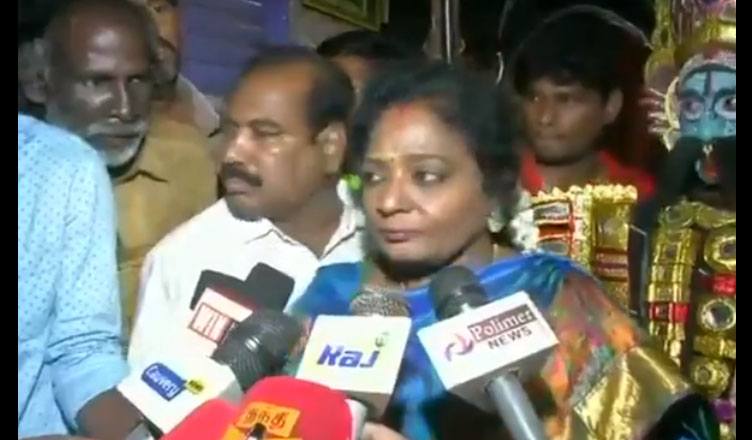 Soundararajan was addressing media in Saidapet on Sunday night, when the auto driver, standing behind her, questioned her over the increasing fuel rates.

The auto driver asked, “Sister, why the fuel prices are increasing regularly?” While the Tamil Nadu BJP chief ignored his question and continued addressing the media, the auto driver was pushed back and assaulted by some BJP workers.

The auto driver told media that he was assaulted for just asking a question.

“I just expressed my stress due to the increasing fuel prices. I did not have any intention to hurt the BJP leader. However, they beat me up,” he said.

Soundararajan is not new to controversy. She stirred a controversy two weeks back when she complained to Tuticorin airport authorities about a young woman, Sofia, for allegedly shouting anti-BJP slogans inside the aircraft in which she was also travelling.

It is evident how intolerant the BJP towards any question or criticism that comes across its way.

It either resorts to violence or arrests of those who indulge in dissent or raise their voices against government’s decisions.