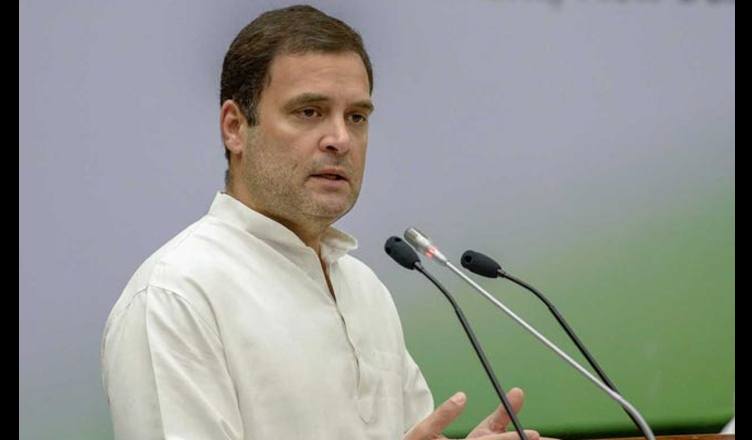 Mounting pressure on the Bharatiya Janata Party (BJP) over the Doklam issue, Congress president Rahul Gandhi launched an attack on Sushma Swaraj and said that the Defence Minister “has buckled and prostrated herself in front of Chinese power.”

Quoting an Outlook article, Gandhi tweeted, “Amazing how a lady like Sushma ji has buckled and prostrated herself in front of Chinese power. Absolute subservience to the leader means our brave jawan has been betrayed on the border. #Doklam.”

Amazing how a lady like Sushma ji has buckled and prostrated herself in front of Chinese power. Absolute subservience to the leader means our brave jawan has been betrayed on the border. #Doklamhttps://t.co/UALkmH0jZ1

The Outlook article quotes a top US official saying that China has quietly resumed its activities in the Doklam area and neither Bhutan nor India has sought to dissuade it.

“Although both countries backed down, China has quietly resumed its activities in Doklam and neither Bhutan nor India has sought to dissuade it. China’s activities in the Himalayas remind me of its South China Sea policies. How should our failure to respond to the militarisation of the South China Sea inform the international response to these Himalayan border disputes?” Congresswoman Ann Wagner asked during a US Congressional hearing of the House Foreign Affairs Sub-Committee for Asia and the Pacific.

This contradicts Swaraj’s statement made by her in the Lok Sabha yesterday that there has been no renewed Chinese incursion – “hasn’t changed even an iota.”

The Indian and Chinese armies had a 73-day standoff on the disputed Doklam plateau between Bhutan and China after the latter began building roads through the area.

Also read: Over 43,000 villages in India do not have mobile phone services

Earlier also, the Congress Chief attacked Prime Minister Narendra Modi over the Doklam issue while speaking in the Lok Sabha.

He (Modi) hops on a swing with the Chinese President on the banks of the Godavari even as the latter sends Chinese soldiers into Indian territory,” he had said.

“The PM goes to China saying there’s ‘no agenda’ and tells the Chinese President ‘we won’t talk about Doklam.’ This wasn’t a ‘no agenda’ meeting but it was a Chinese agenda meeting,” he further said.

Where are all those promises of our Prime Minister to show red eyes to China. Why does he have to indulge in ‘chai pe charcha’ with the Chinese President at a time when the latter is trying to intrude into out boundaries.

Clearly, the Modi Government has failed on its promises as well as its foreign policy.