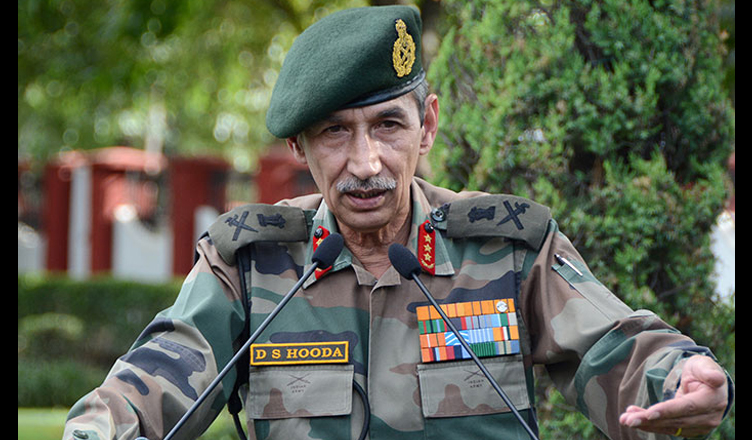 Lt General (retired) D S Hooda, who was the Northern Army Commander in September 2016 at the time of the surgical strike, said that the strike was overhyped and politicised.

While moderating a discussion on the ‘Role of Cross-Border Operations and Surgical Strikes’ at the ongoing Military Literature Festival, Hooda said that “it is not good” when military operations get politicised and that there was an “attempt to keep a purely military operation in the political domain by selective leaks of videos, photographs etc.”

“Will we think next time (what) if there are casualties? Because it has been so overhyped, will it impose caution on leadership? What happens if it does not have the same level of success? It may impose some caution in future. If we had done it quietly, it would have been much better,” he added.

He further said that from the military point of view, the strike was much needed.

“I do think the surgical strike was overhyped and politicised…but from the military point of view, the strike was much needed,” said Hooda while speaking to news agency ANI.

On September 18, 2016, Pakistan-based terrorists entered the army base camp in Uri killing as many as 20 soldiers.

To give a befitting response to Pakistan, India decided to do a cross-border strike.

On September 29, 2016, a team of the Indian Army crossed the Line of Control (LoC) and eliminated 4 terror launch pads situated on the other side of the border.

Videos of the surgical strike were made public in September this year.