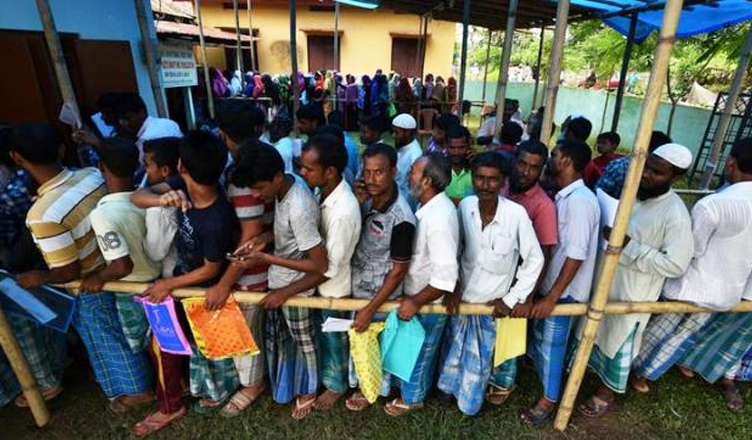 Saying that confusion is being created in the final draft of the National Register of Citizens (NRC), the Supreme Court on Tuesday rapped the Assam government for not re-evaluating the claims of those who have been left out from the draft.

“How can people have confidence in Assam government when you are creating confusion. 40 lakh people were not included in Assam NRC means they were prime facie foreigners, but tribunals declared only 52,000 as foreign and of this, the government has deported only 162,” the bench led by Chief Justice of India (CJI) Ranjan Gogoi said.

Earlier on February 5, the apex court had slammed the Modi government over the NRC process and had said that the Centre was hell bent on not allowing the process to go on.

The Ministry of Home Affairs (MHA) had filed a plea in the apex court seeking to stall the NRC process for two weeks keeping in mind the role of Central Armed Police Forces (CAPF) in the election duty. Responding to the same, top court had said that it seemed the MHA was putting in efforts to destroy the NRC process.

Without mincing its words, the bench said that the central government was not cooperating in the NRC process and reiterated that July 31 deadline for the completion of NRC exercise will not be extended.

Earlier, on January 24, the top court had said the same thing that the July 31 deadline for the completion of NRC exercise cannot be extended and had asked the state government, the NRC co-ordinator and the EC to ensure that the NRC process is not slowed down due to the upcoming general elections.

The Congress has always criticised the BJP for botching up the NRC process.

“Congress initiated the NRC in 2005 in consultation with student bodies and other organisations from the state of Assam to identify illegal immigrants, but under the Bharatiya Janata Party (BJP), the NRC process is botched up,” Congress MP Gaurav Gogoi had said last year.