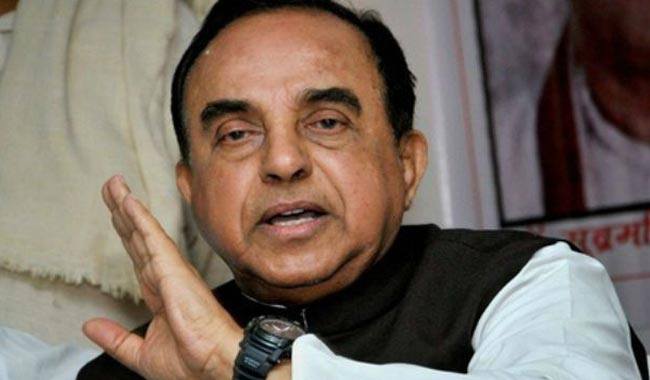 A leader of the BJP itself and Rajya Sabha member Subramanian Swamy has alleged that the Narendra Modi Government pressurised the senior government officials from the Central Statistical Organisation (CSO) to give out good data on demonetisation.

“Please do not go by the quarterly (GDP) data; they are all bogus. I am telling you, because my father founded the Central Statistical Organisation (CSO)…. Recently, I went there with (Union) minister Sadananda Gowda…. He called the CSO person, because there was pressure to put out data on demonetisation. So they put out the (GDP) data (saying) that there is no impact (of demonetisation),” Swamy said.

Swam further said that he then asked the CSO director as to how did they estimate the GDP for this quarter when the demonetisation was on November (2016) and they gave a printed economic survey report on February 1 (2017).

This question was raised by Swamy because if the report was out on February 1, it must have gone for printing at least three weeks before. So on the first week of January (2017) a report is submitted and GDP calculated shows no impact. How was that calculated?

“So he tells me, that the informal sector’s output last year as a ratio of the formal sector’s output last year, that ratio was applied to the organised sector in January. I told him that relationship has changed. He said, ‘what will I do? I was under pressure to give the data and so I gave it’. So do not believe in any quarterly data,” Swamy said.

“Don’t believe in these Moody’s and Fitches. You can pay them money and get any report published,” Swamy added.

Swamy belongs to the BJP only and such a statement of his does hold some truth.