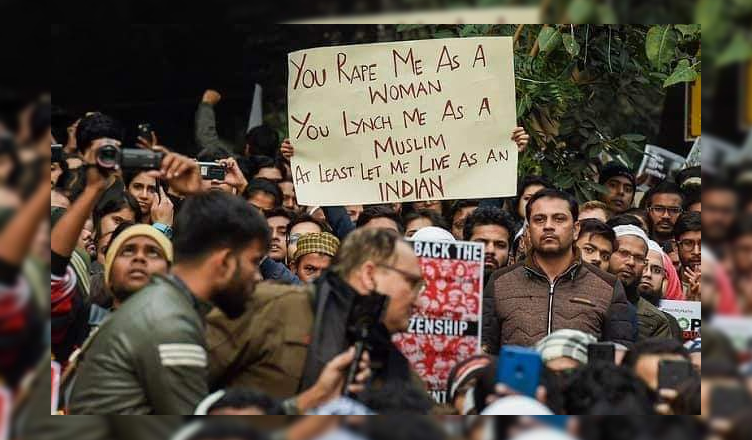 After the Delhi Police entered the campus of Jamia Millia Islamia University, where students had been protesting against the Citizenship (Amendment) Act (CAA), and fired tear gas cannons and lathicharged students to disperse the protests, students from across the country have come out in solidarity with Jamia students.

Aligarh Muslim University (AMU) were one of the first ones to come out in support of Jamia University students.

Delhi Police was slammed by students from the Maulana Azad University.

Students from Patna University were not behind in extending their support to Jamia students and clashed with police over the action against Jamia students, reported The Print.

Jadavpur University in Kolkata took out a protest march at midnight. Aliah University located in the New Town area of the city also held a silent protest.

Also read: If you testify then consequences will be worse than what happened in Unnao: Baghpat rape victim threatened

Students from the Darul Uloom Nadwatul Ulama (Nadwa College) in Lucknow also hit the streets to expressed solidarity with students from Jamia and AMU, a Times of India report mentioned.

A number of students were brutally thrashed and were grievously injured, the videos of which are doing the rounds on social media.

They were released late on Sunday night in the wee hours of Monday.

The videos doing the rounds on social media are heart-wrenching.

Jamia Vice-Chancellor Najma Akhtar says that FIR will be filed against the entry of police.

“We will file an FIR against the entry of police in our university campus. You can rebuild the property but you cannot compensate for the things the students went through. We demand a high-level inquiry,” Akhtar said in a press conference on Monday.