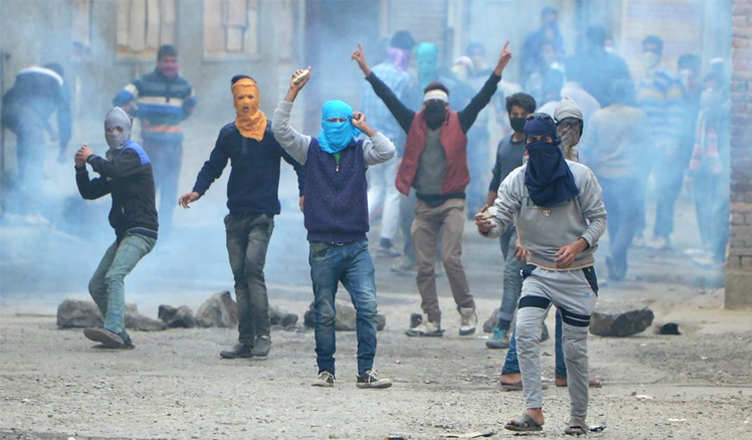 Following the Modi government’s decision to revoke Article 370 from Jammu and Kashmir and bifurcate the state into two Union Territories on August 5, there was a decrease in incidents of stone-pelting and law and order issues in the region post the announcement, the Ministry of Home Affairs (MHA) said in Parliament on Tuesday.

“Since August 5, 2019 to November 15, 2019, 765 people have been arrested in 190 cases registered relating to stone-pelting/ law and order. From January 1, 2019 to August 4, 2019, 361 such cases were registered,” Union Minister of State for Home G Kishan Reddy told the Lok Sabha in response to a written question by Rajasthan BJP MP Kanak Mal Katara.

Those held in preventive detention under CrPC and the Public Safety Act (PSA) after August 5 have not been included in the arrests mentioned above.

However, The Indian Express analysed the data which shows that from January to August 4, there were about 50 incidents of stone-pelting or law and order issues on an average every month. This increased to an average of about 55 such incidents every month after August 5.

To a question raised by Trinamool Congress (TMC) MP Prasun Banerjee on the use of pellet guns to suppress protests in the Valley, Reddy said, “Pellet guns have been used as a matter of abundant caution, only to deal with severe law and order problem, to avoid civilian casualties.”

The Lok Sabha was also informed that there were 950 incidents of ceasefire violations by Pakistan along the Line of Control (LoC)  between August and October this year.