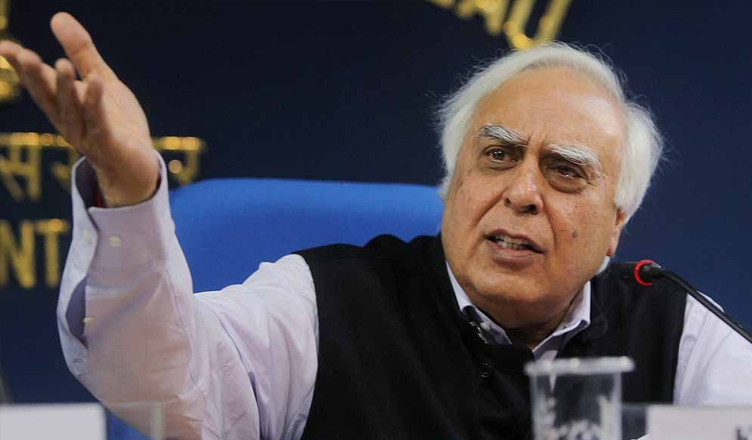 The Congress on Tuesday held a press conference in which it played various clips proving top Bharatiya Janata Party (BJP) leaders involved in, what they the grand old party calls as, the Demonetisation scam.

“Demonetisation was a surgical strike on the poor. It robbed them of their earnings. But it provided an opportunity for the rich to convert their unaccounted cash by manipulating the banking system. It is the biggest scam in the history of India,” former Union Minister Kapil Sibal said while addressing the press conference.

He then said that the clips which will be played now will prove the same.

“Who benefitted from this scam, needs to be investigated. A glimpse of the nature of this scam is showcased in the selected clips that are to follow. These are taken from hours of footage that is available on www.tnn.world. It shows the alleged involvement of a political party, along with bankers, government and its officials including those who enforce the law. If this is true and the treasury can be looted in this fashion, then we all need to be alert to the dangers that lie ahead. The forces, if involved in such an enterprise, are not only anti-national but have committed treason,” he said.

Following is the video which was played at the press conference:

Sibal even explained one of the clips and told that Rahul Ratharekar, field assistant in the cabinet secretariat, told that 3 series of 1 lakh crore each, had been printed in duplicate & how these currency notes, printed abroad, were brought to India in air force transport planes at Hindon Air Force base.

“He also explains the detailed logistics of currency exchange controlled by Amit Shah. He explains how 26 people have been recruited from various departments specifically to oversee and co-ordinate with RBI. Rahul Retharekar also explains how Reliance Jio database was misused to show repetitive currency exchange transactions in RBI. He confirms that new currency with Urjit Patel signatures was actually printed 6 months earlier,” Sibal said.

Sibal then said that the clips identify individuals who can easily be investigated and confronted.

“Can we expect partisan agencies who serve the bidding of the government to act? When the agencies align themselves with the government in power, democracy is in jeopardy. We must save our democracy at any cost,” he said.