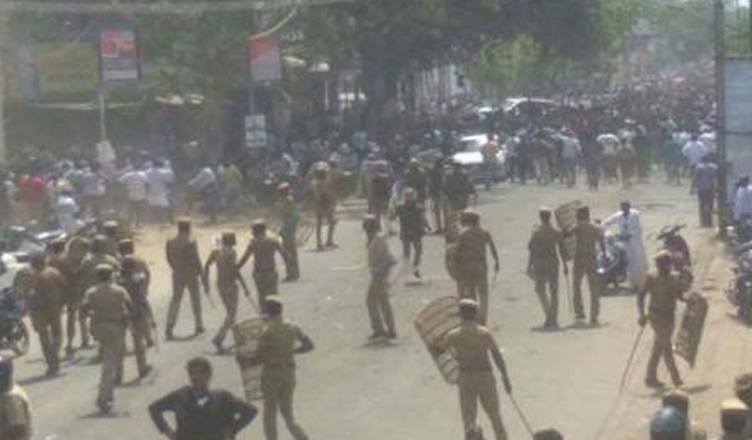 A protest in Tamil Nadu’s Tuticorin turned violent when armed police fired at a crowd killing at least 10 people. The protest, that had been going on for 100 days, were against the Vedanta Group’s Sterlite Copper smelter plant in Tuticorin over concerns of pollution.

The plant, that produces 400,000 tonnes of copper cathode per year plans to expand production to 800,000 tonnes a year. It was shut on the 27th of March this year for 15 days for scheduled maintenance. The Tamil Nadu Pollution Control Board rejected the plant’s license in April stating that it did not comply with local environmental laws, this step was challenged by the company and the next hearing is on the 6th of June. The TN Pollution Board accused Sterlite Copper of dumping copper slag into a river and questioned the absence of a groundwater analysis of borewells in proximity to the plant. This is not the first time the plant has been questioned over environmental concerns, in 2013 a case in the National Green Tribunal led to the plant being shut for weeks.

When the protestors started pelting stones at the police and burned cars the police began a lathi charge that was unsuccessful. A viral video shared on Twitter showed the armed police then took to higher vantage points to take aim and shoot protestors.

Congress President Rahul Gandhi called this state-sponsored terrorism and actor Rajnikanth tweeted that the Tamil Badu government should take responsibility for the loss of life. Chief Minister Edappadi Palaniswami announced 10 lakh compensation for the families of those killed and 3 lakhs to those injured. Government jobs have also been promised to the family members of the deceased. 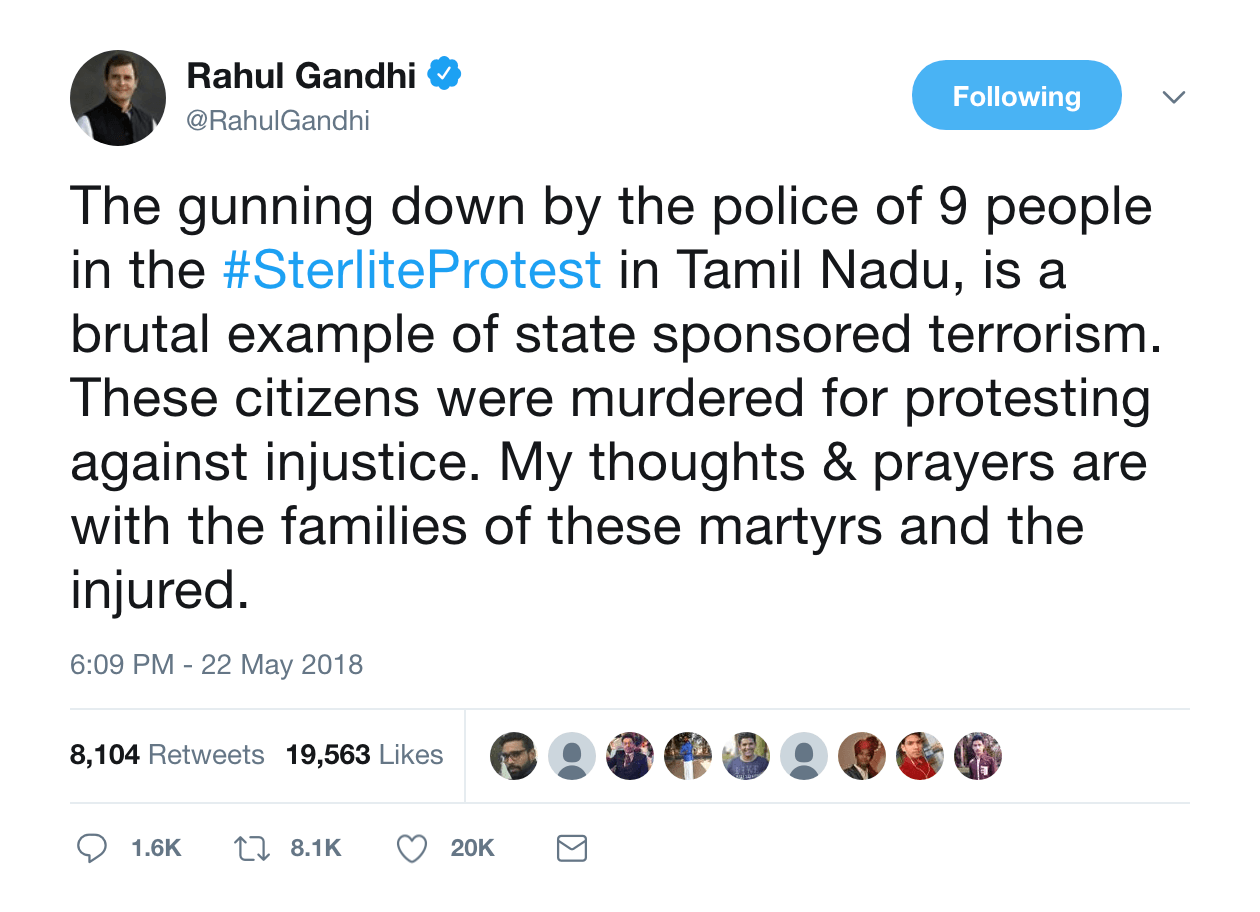