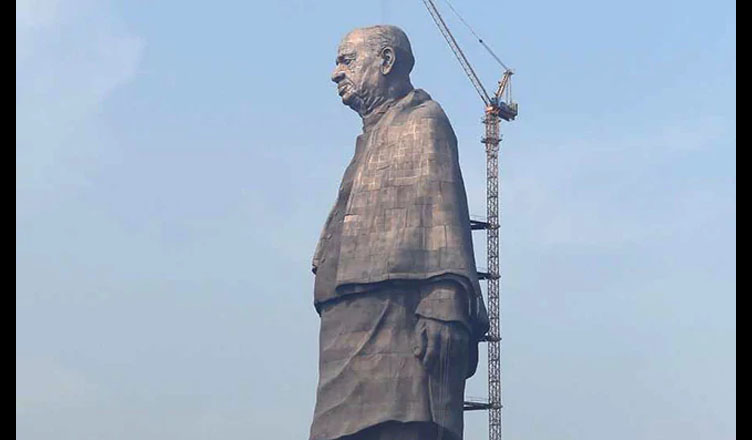 Due to non-payment of salaries for three months, more than 100 workers working at the Statue of Unity have gone on strike, according to News Central 24×7.

Quoting a Divya Bhaskar report, News Central 24×7 reported that the employees have not received their salaries for three months and have alleged that they are being exploited.

The employees, who work for a company named Updater Services Ltd. (UDS), also formed a human chain outside the statue to mark their protest.

Statue of Unity has been part of controversy even before its inauguration.

Prior to its inauguration, local tribe organisations there had claimed that the Statue of Unity project had adversely affected nearly 75,000 tribals.

The tribals had alleged that their land was taken away for the Sardar Sarovar Narmada Project, which is near the statue site.

“No food will be cooked in 72 villages affected by the entire project, as we will be mourning on that day, for the project is being carried out for our destruction,” IANS had quoted Dr. Praful Vasava, a tribal leader, as saying.

It was reported then that out of the 72 villages affected by the project, rehabilitation had not been allegedly completed in 19 villages whereas seven villages in Garudeshwar block had been paid compensation but other promises such as land and jobs had not been met.

In a similar instance, farmers from Kutch had to bear the brunt of water shortage as the water from the Indira Sagar Dam to the Sardar Sarovar Dam to facilitate tourism in the area.

Huge protests across cities in the region were witnessed, with people holding banners of ‘Narmada Lao, Kutch Bachao’.