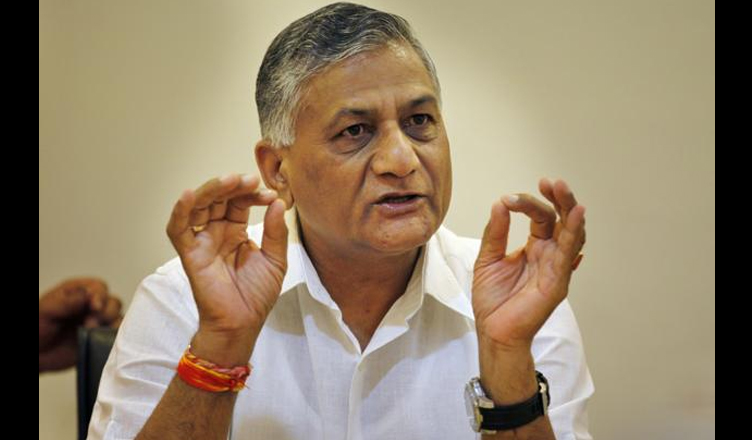 In the wake of the Pulwama terror attack in which 44 Central Reserve Police Force (CRPF) jawans were martyred, Union Minister and former Army Chief, VK Singh said on Monday that South Kashmir was very peaceful between 2005 and 2012.

This is the period when the Congress-led United Progressive Alliance (UPA) government was in power at the Centre.

“This very same South Kashmir was very peaceful between 2005 and 2012. What’s the reason for the surge in incidents there after 2012? Have you analysed this? Why did this happen?” The New Indian Express quoted Singh as saying while addressing a press conference in Shimla, Himachal Pradesh.

Defending the present government’s policies, Singh said that the Kashmir issue is an issue of proxy war and once incident cannot decide success or failure of a policy.

“The Kashmir issue is not simple. It’s an issue of proxy war. It’s an issue for which things should have been done earlier. Don’t judge success or failure of a policy, based on one incident. There was an encounter, where an officer and three jawans died. This doesn’t mean the situation is bad,” he said.

There are many things required to be done in Kashmir and there are many being done. Some have succeeded, some have not. I am positive that the government is ensuring that this issue is looked at very seriously,” he added.

A 72-vehicle convoy of CRPF jawans was attacked when a suicide bomber lambed an explosive-laden vehicle into one of the CRPF buses, leading to the loss of as many as 40 jawans.

Following the attack, a 17-hour encounter took place between security forces and terrorists in Pulwama, in which three JeM operatives were killed. Unfortunately, the country also lost four Army personnel, including a Major.

One thought on “South Kashmir was peaceful between 2005 and 2012: Union Minister VK Singh”