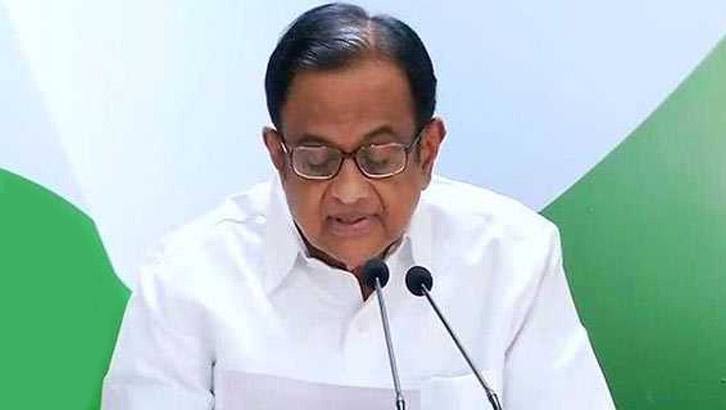 It is not often that, from this platform, the principal Opposition party will welcome a statement of a veteran leader of the ruling party. Today, I warmly applaud the article of Mr Yashwant Sinha, Finance Minister in the Vajpayee government (between 1998 and 2003) because the article speaks the truth about the economy.
Mr Yashwant Sinha has written today his thoughts on the economy in the Indian Express, the newspaper in which I write every Sunday. His views are not very different from what Members of Parliament belonging to the BJP — and of course other parties —  have told us for many months privately and in soft whispers. It is a sad commentary on our times that MPs are afraid to reflect what they see and hear around them, especially in their constituencies. Yet we call ourselves a free country.
It is not only MPs who have become silent. We have witnessed numerous examples of news reports and articles being pulled out before publication; of television interviews being taken off the air; of scheduled talks at universities being cancelled; of social activists being investigated on trumped up charges; of editors and reporters being unceremoniously sacked; of academics and scholars being threatened; of judges being indirectly punished; and, most tragically, of authentic voices of the people being silenced by brutal killings. Mr Yashwant Sinha is therefore absolutely correct when he writes that “Instilling fear in the minds of the people is the name of the new game”.
The Congress Party has assiduously exposed the many weaknesses in the economy and the terrible mismanagement of the economy. We are happy that Mr Yashwant Sinha has echoed our criticism. He is spot on when he says:
I wish to remind you and the people of the country that the Congress Party has, for nearly 18 months, highlighted these very grave weaknesses in the economy. We were told, in effect, to shut up. We were the first to speak up, we did not shut up and we shall not shut up. In the last monsoon session, we wanted to raise a debate on the flawed implementation of GST and the state of the economy but the government made sure that the debate was not allowed. The Congress Party will continue to speak loudly and boldly on the disastrous path on which the country is being taken by the BJP government.
I ask, how long will the government hide behind the rhetoric of the Prime Minister and the slogans of the party? It is a small mercy that we no longer hear the slogan “achhe din aanewale hai”. As I travel around the country, what I hear is “achhe din to aaye nahi, yeh burre din kab jaayenge?”
My appeal to all of you, and especially to those who are knowledgeable about the economy, is to speak and write without fear. Darr ko chhod do.
Thank you.