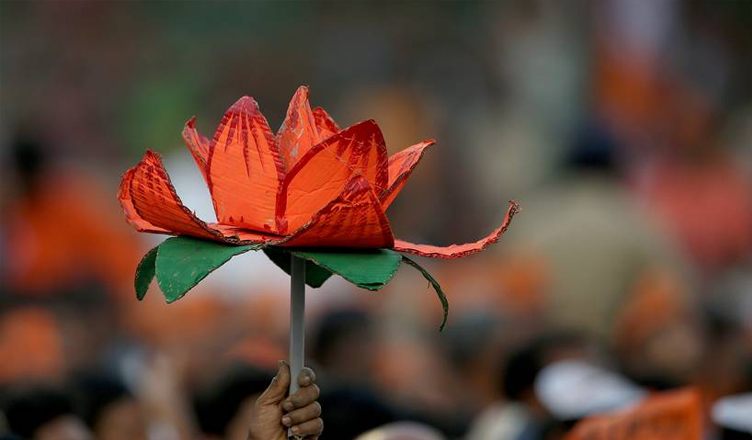 In an exclusive story by The Wire, it has been revealed that the Bharatiya Janata Party (BJP) received donations from a company that is currently being probed by the Enforcement Directorate for facilitating “terror funding”.

Real estate firm RKW Developers Private Limited is being probed by the ED for buying properties and carrying out transactions with the late Iqbal Memon alias Iqbal Mirchi. Mirchi was a close aide of underworld gangster Dawood Ibrahim and an accused in the 1993 Mumbai bomb blasts.

According to the BJP’s filings with the Election Commission, RKW Developers gave Rs. 10 crore to the saffron party in 2014-15.

Ranjeet Bindra, a former director in the company, has been arrested by the ED for allegedly working on the behest of Mirchi and negotiating property deals for him.

Sunblink Real Estate, a company accused by the ED of buying Mirchi’s properties, is linked to another company via a common directorship, and this company also made a donation of Rs. 2 crore to the BJP.

The other company here is Skill Realtors Private Limited. Mehul Anil Bavishi is the common link here as he is a director in both the companies. The Wire reported that Skill Realtors made a Rs 2 crore donation to the BJP in 2014-15.

Another company, Darshan Developers Private Limited had made a Rs. 7.5 crore donation to the BJP in 2016-17. A director in RKW Developers, Placid Jacob Naronha, is also a director of Darshan Developers. Naronha is also being probed by the ED over alleged business dealings with Mirchi.

It has been alleged by the ED that RKW Developers facilitated the sale of Mirchi’s properties and that Bindra had allegedly taken a commission of Rs. 30 crore for the same, The Wire reported.

One thought on “SHOCKING: Company being probed for “terror funding” made donation to BJP”