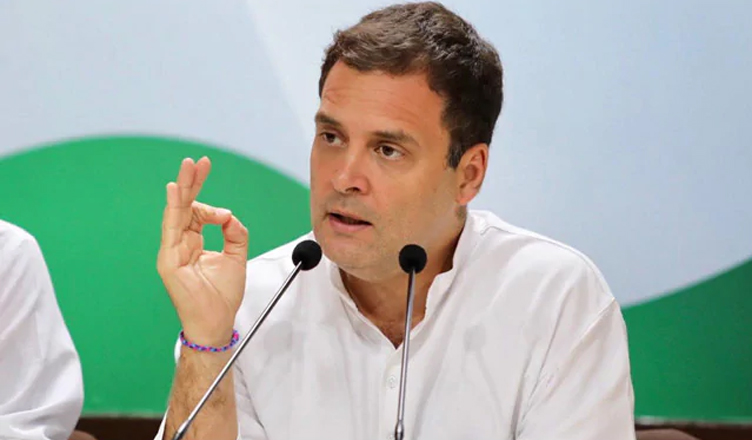 “Chief Minister Shivraj Chouhan with Vyapam scam destroyed the education system of Madhya Pradesh. 50 witnesses were killed, yet, no one was held accountable,” Gandhi said while addressing a public meeting in Deori, Madhya Pradesh.

“Government contracts are given to CM Chouhan’s close relatives and friends. Mid Day Meal scam, Narmada Scam there is a long list of scams in Madhya Pradesh under the BJP govt,” he added.

The Congress chief further said that in the last 2 years, unemployment has doubled and suicide rate amongst youth has increased by 2000%.

“China creates 50,000 jobs in a day, whereas, despite ‘Start Up India, Stand Up India’, ‘Make in India’, Modi Government creates only 450 jobs in a day. Mr. Modi had promised 2 crore jobs, but today, he doesn’t even mention how many jobs he created in last 4.5 years,” he said.

Also read: The many loopholes in Ayushman Bharat

“In Madhya Pradesh, 1,00,000 govt posts are lying vacant. Schools and hospitals are privatised and made them inaccessible to people. There are 2,00,000 contract employees in the state. Their jobs are not secured. They are paid less and only the rich benefit from the employees’ hard work,” he added.

Attacking the BJP over Demonetisation, the Gandhi scion said that while labourers, women stood in queues post note ban, there was no black money hoarder like Nirav Modi or Mehul Choksi seen standing in those queues.

“If Mr. Modi intended to fight against black money, then why did he let Nirav Modi, Mehul Choksi, Vijay Mallya abscond with people’s money?” he said.

Rahul Gandhi then promised people to give what they deserve.

“We do not want to split the country for rich and poor. We want one country where everyone is treated just. All the policies Congress party has implemented for the people is not a gift. It belongs to people. Today, Modi govt is stealing them away from people. We will give back what is yours,”  he said.

Gandhi will address two more public meetings in the state in Barghat and Mandla.