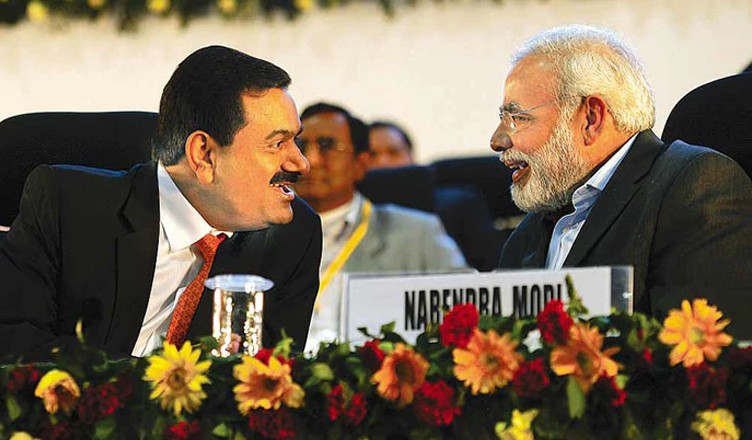 In an interview to National Herald, TV anchor and documentary filmmaker Paranjoy Guhathakurta said that shipping rules have been amended and the relaxation would benefit Gautam Adani-owned Mundra port.

He gave the example of notification issued by the Ministry of Shipping of Government of India on May 21 this year which relaxes the restriction on the movement of foreign ships engaged in transporting containers (full containers with goods for import and export as well as empty containers) between Indian ports and among Indian ports along the coastline of this country.

The amended rule appears to favour private shipping lines and major multinational shipping lines. Foreign shipping lines and companies like the Adani Group which has partnerships with some of the biggest shipping companies in the world are likely to have an advantage with this change in the policy. Whereas, India’s biggest port Jawaharlal Nehru Port Trust, is likely to suffer due to this relaxation.

He further told that the Prime Minister’s Office, Principal Secretary to the Prime Minister and the National Security Council have time and again argued that the change is not only against the country’s commercial interests but also against its security interests. But, we can make out, why this has been ignored, because the BJP government need to favour their capitalist friends so that they are able to maintain a give and take relationship with them.

Also, if somebody defends the change saying it would cut down on cost and time to transport goods from coast to coast, then it’s absolutely baseless, because a number of studies have shown there will be no such gain.

So, it’s clear, the only intent behind bringing in relaxation in shipping rules is to benefit those private shipping lines who share a ‘close relationship’ with Modi ji and his government.