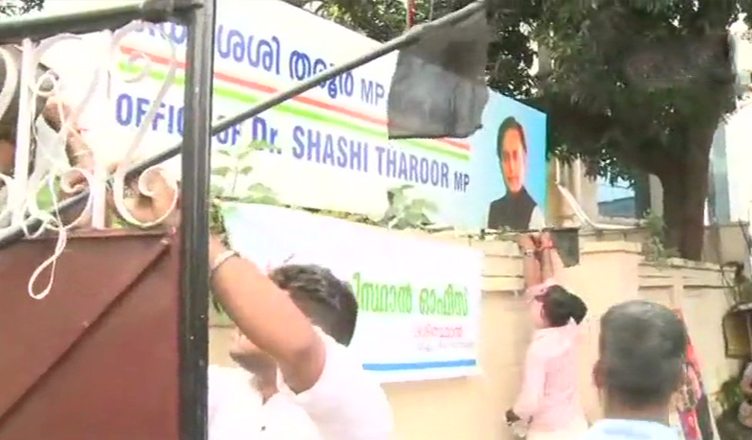 Black oil was poured at the entrance of his office by the BJP’s youth wing activists. After destroying the original signboard, they also put up a black flag and a board reading ‘Tharoor’s Pakistan office’.

Fortunately, neither Tharoor nor any other person was at the office when the attack took place.

The protesters fled the spot as soon as the police reached the site. A case has been registered against a group of unidentified persons.

Condemning the attack on his office, Tharoor said, “People had come with their concerns but you scared them away from here. Is this what we want in our country? I am asking as a citizen, not as an MP. This is not the Hinduism that I know of.”

Tharoor had recently said that India will become a ‘Hindu Pakistan’ if the BJP returns to power in 2019.

Even after BJP sought an apology from the Congress MP, Tharoor reiterated his stand and said, “A state with a dominant majority religion that seeks to put its minorities in a subordinate place will be a Hindu Pakistan.”