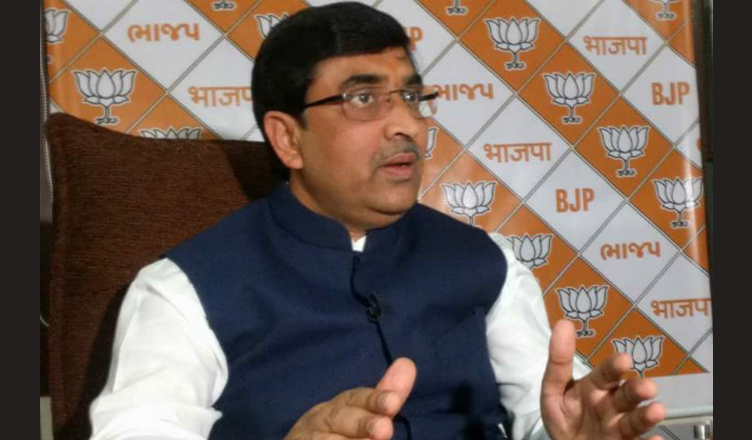 The deadly February 14 Pulwama terror attack, which led to the death of 40 Central Reserve Police Force (CRPF) personnel has led to a nationalistic wave and spirit across the country. What is shameful though is that some people are trying to politicise this attack to gain votes.

BJP spokesperson and leader from Gujarat Bharat Pandya on Monday was seen asking party workers to turn the “nationalistic wave in the country”, which is been witnessed post the Pulwama attack, into “votes.”

“The attack that happened in Jammu & Kashmir….you must have seen the visuals. Keeping all differences aside, people have come together with a sentiment of nationalism. People have have shown their love for the country through rallies and agitations. When terror attacks had happened in Mumbai during the Manmohan Singh government, what kind of an environment was it then? What kind of issues were being raised in the Parliament? The discussions were about that if local people, who were aiding terrorists, were being investigated and arrested by security agencies… But the situation is very different today,” The Indian Express quoted Pandya as saying at the booth-level party meeting In Vadodara.

“Numerous actions have already been taken in the wake of the (Pulwama) attack. Citizens of the country are awake late in the night to see what actions are being taken against Pakistan. This is the sentiment in the country right now. The entire nation has stood together in unity with the feeling of nationalism, and it is our responsibility to convert this unity into a united vote,”  he added.

It is shameful that such an event, which has shook the entire country and where everyone is mourning for the jawans who sacrificed their lives for the country, is being used by the BJP leaders to garner votes.

The top leadership of the saffron party should condemn this statement and should reprimand Pandya for his insensitive comment.