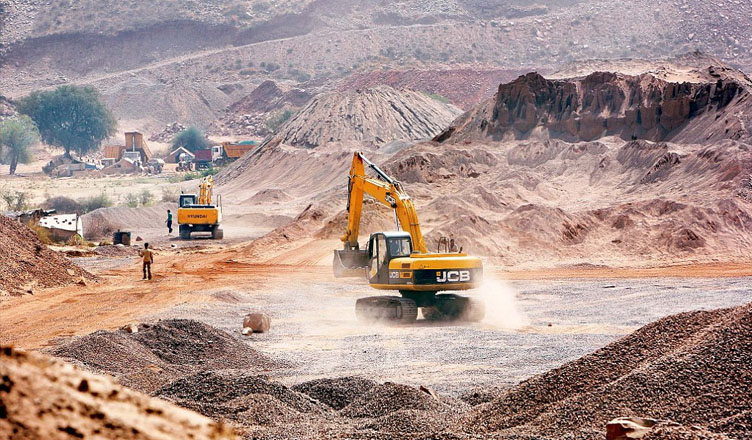 After the Supreme Court was told that 38 of the 128 hillocks in Rajasthan’s Aravalli region had disappeared due to illegal mining, the court on Tuesday ordered the state government to shut down illegal mining units in the state within 48 hours.

Due to the disappearance of these hills, there has been a rise in the already rising pollution in Northern India as well as the national capital. The Forest Survey of India (FSI) had pointed out about the disappearance of hills in a report submitted to the apex court in June this year.

“What is happening in Rajasthan? Humans seem to be flying away with hills just like Hanuman,” a bench comprising justices MB Lokur and Deepak Gupta said while hearing a case related to illegal mining.

“Hills act as barriers. If you start removing them the pollution from there will enter Delhi. For the sake of a minority in your state you are endangering the lives of lakhs of people living in Delhi,” justice Lokur said.

On one hand where the state admitted that there was illegal mining in over 115 hectars of land in the state, it also refuted FSI’s findings and said that the body carried out inspection without informing the local authorities.

“It’s not proper to make wild allegations against a premier government body [FSI],” the court said.

Criticising the state government  for showing lack of concern towards the issue, the court said, ” Entire issue of mining in Aravalli is being taken very lightly. The report says out of 128 samples taken by the FSI as many as 38 hillocks have vanished. This has not been denied in its status report by the state, which indicates lack of concern on the state’s part.”

The court also ordered the chief secretary of Rajasthan to file a compliance affidavit by Friday.

The next date of hearing is October 29.