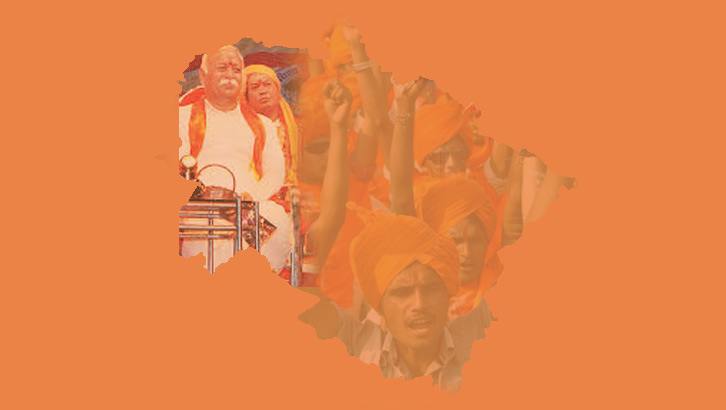 Uttarakhand, a state which prides on the lack of violence in its culture, is witnessing a rise in the incidents of religious violence since the BJP came to power earlier this year.

Starting from July, the Bajrang Dal attacked a shop owned by a Muslim boy in Satpuli, after accusing him of posting a photo having “objectionable references” to Kedarnath temple. Then in August, in Satpuli again, a shop was vandalised and shut down was observed after a Muslim man was accused of having sex with a cow.

In August again, the Bajrang Dal beat up a Muslim man in Dehradun, for “harassing” a Hindu woman. It later turned out that the couple had gotten married a couple of months back and were living together. However, the elders from both the communities, after a street clash broke out, forced the couple to separate and return to their parents’ homes.

In this month as well, in Chamba, two Muslim boys were beaten and seven arrested for allegedly harassing girls. The boys were then sent to judicial custody.

These might seem to be small incidents as no deaths have been reported and no major property damage took place, but this, happening in a peaceful state like Uttarakhand is worrisome.

Organised groups targeting people of a particular community indicates towards a manufactured design. Beating up people, burning goods, damaging property is by any means criminal. Above it, no reported action from the government encourages such acts of violence.

The attitude of the government sends the message that mob violence is justified. It is this impunity which is causing a rise in such crimes.

Concerned about the situation, the state’s opposition parties jointly staged a protest and demanded for the rule of law to be restored and severe punishment for those indulging in such violence.

Another such protest in this regard is to take place today i.e. September 23.