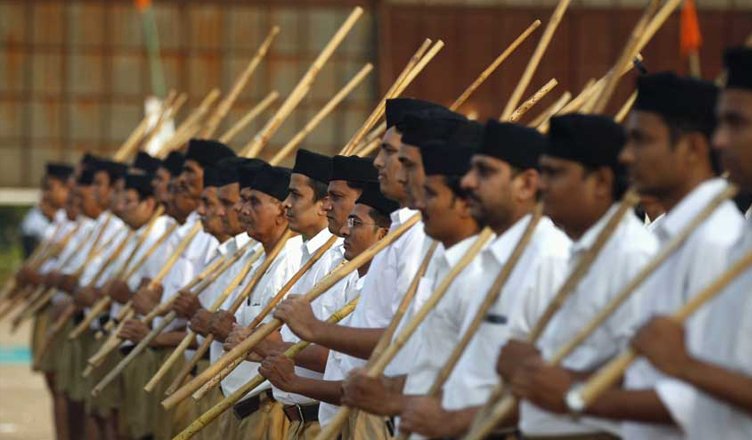 Congress President Rahul Gandhi leaves Chhatrapati Shivaji Airport, a man on a mission. A small convoy of local leaders follows him into the inner reaches of sleepy Bhiwandi. I make my way hurriedly, unsure of which of the many tiny courts the RSS has chosen to persecute our leader, but hundreds of little signboards light the way, welcoming the Future Prime Minister to the Good Bay.

The court is a quaint relic from times colonial, as are the criminal defamation charges, but excited orderlies jostle for selfies with any they can find from the Congress Committees. The Congress President’s summons has infused the mundane with the mythic, and we in the Congress are all replaying our part in history. The road to wresting back power for the people is riddled with purpose and pain.

To a wall of cameras and bedazzled onlookers, says the Congress President, “Our fight is with the PM’s policies, because of which India’s farmers are in a pitiful condition and our youth cannot make a living. This government runs for and is the executive of, 15-20 of the wealthiest individuals. The media is blitzed with Narendra Modi’s “Mann Ki Baat” but never “Kaam Ki Baat”. Ours is an ideological battle, I will fight against them and we will win!”

RSS is desperate to rewrite their part in history, instead of changing or atoning for the assassination of Mahatma Gandhi and forging a fresh future. They are eager to drop the case against Rahul Gandhi, pleading with him to recant, as though it would absolve them for the three bullets which left India bereft of their Mahatma. But the man they fail to carve their lies into knows the fascist drill: “RSS has a different approach to history than the Congress. They sanitize, purify and purge what doesn’t match their narrative. Theirs is the Italian connection: Mussolini.”

RSS, since their inception, have been guns for hire. They started out as infiltrators and spoilers of the freedom movement, always maintaining plausible deniability. Only their paymasters have changed as they pillage the public sector for their corporate and political bedfellows instead of counteracting mass liberation movements at the behest of the British Raj. “Do you plead guilty,” asks Judge Sheikh, reading the charges of criminal defamation under sections 499 and 500 filed by RSS worker Rajesh Kunte. His internal world is perhaps aflame with the knowledge that the law is unjust and needs to be struck down. Perturbed perhaps, that this trial has been instrumentalised by the powers that be and their pro bono lawyers in every district to wear down the Opposition. “I plead not guilty,” says defiant Rahul Gandhi, who chooses to appear in person to respect the judiciary’s majesty and campaign against the Sangh Parivar in what it pretends is its very own “Orange County.”

By shooting their legal guns off an RSS worker at the Congress President, the Sangh has maintained its division of doublespeak. That is, between its Sarsanghchalak Bhagwat’s contrived tolerance (as he parades the generosity of Citizen Mukherjee to re-engineer public perception of his pariah organisation); and the violent intolerance at its grassroots which is always quick to follow. Rahul Gandhi’s case constitutes a personality strike at the highest level meant to make Congress Workers on the ground feel less secure. He vows never to take back his words as he solemnly makes his way to the family of slain Congress Corporator Manoj Mhatre, who, when the chopping knives descended, became the target of a signature strike, a murderous and public example of how RSS silences thought crime.

RSS/BJP, your crusade against history enables Modi to train these talons at your own veterans to erase his crimes. When you vilify our moral leadership, Congress multiplies! You can never kill our inner Mahatma.

One thought on “RSS: Programmed to Kill Your Inner Mahatma”