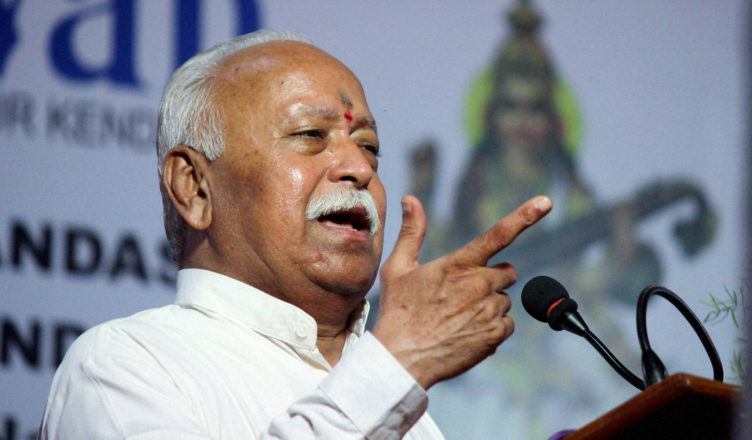 The clarification given by the Rashtriya Swayamsevak Sangh (RSS) on their chief Mohan Bhagwat’s remark has further insulted the Indian Army.

The statement published on the RSS website and its official Twitter handle says, “Sarsanghchalak Mohan Bhagwat’s speech in Muzaffarpur (Bihar) is being misrepresented. Bhagwat had said that if situation arises and the Constitution permits, Indian Army would take six months to prepare the society whereas Sangh swayamsevaks can be trained in three days, as swayamsevaks practise discipline regularly. This was not a comparison with the army but between the society and the volunteers. Both will have to be prepared by the army only.”

It also has a video clip attached to it in which Bhagwat can be seen clearly saying, “We are not a military organisation, but familial organisation. But our discipline is like that of the military. if situation arises and the Constitution permits, Indian Army would take six months to prepare the society whereas Sangh swayamsevaks can be trained in three days.”

If RSS was to give a clarification, it should have said that Bhagwant’s statement was misunderstood and his intention was not to insult the Army and if it was so interpreted, then they apologise for it. But, the clarification given only reflects ego and arrogance.

Above that, the ruling BJP and Prime Minister Narendra Modi, both are silent on Bhagwat’s statement and have not considered it important enough to ask Bhagwat to apologise for his statement.

Bhagwat’s statement and RSS’ clarification on it further asserts that the organisation considers it all powerful and even above our Indian Army.