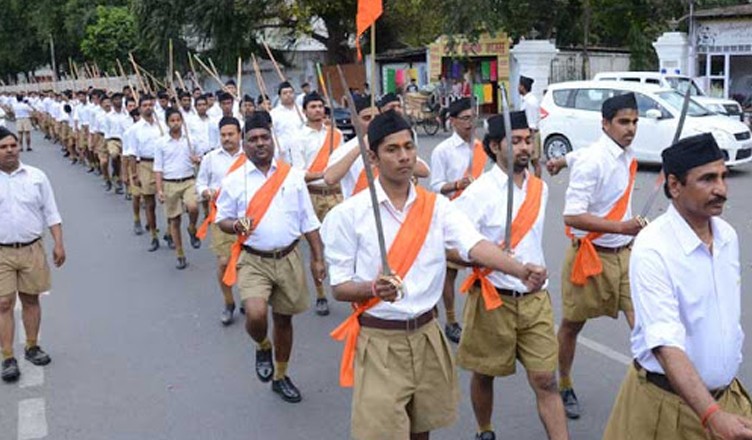 Leaders from the RSS and BJP have had ongoing meetings since the Modi led BJP government completed four years in office. The RSS has said that these meetings are not for coordination or decision making but are just to exchange ideas. Arun Kumar, RSS all-India Prachar Pramukh, said that these meetings of RSS and their affiliates have been held every year since 2007 and this year’s meetings were from 28th to 31st May in Delhi.

Yesterday BJP chief, Amit Shah, along with six cabinet ministers – Maneka Gandhi, Thawarchand Gehlot, Prakash Javadekar, JP Nadda, Rajyavardhan Rathore and Mahesh Sharma. The organisation is divided into groups that work in different fields – service activities, economy, education, social activities and the intellectual arena. The groups that work in the same field as the other RSS affiliated organisations meet to have detailed discussions and share their experiences.

The RSS was banned thrice by the Central government – first from February 1948 to July 1949 after the assassination of Mahatma Gandhi, the second was during the Emergency from 1975 to 1977 and then for six months in December 1992 after the demololition of the Babri Masjid. There is also an official order that prohibits government employees from participating in activities organised by the RSS.