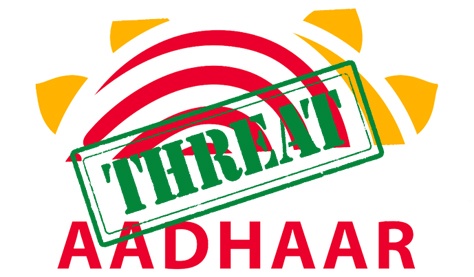 Rs 500 and 10 minutes. That’s all it takes for someone to steal the data of a billion citizens.

Yes, you can get information about anybody’s Aadhaar in just Rs. 500.

According to the English newspaper ‘The Tribune’, anyone can get personal information related to anyone by giving only Rs 500 and within 10 minutes, and can get the print of anybody’s Aadhaar by giving 300 rupees more.

The government always claims that the Aadhaar card is absolutely safe. Apart from this, the Aadhaar card-making authority, UIDAI, had also said that everyone’s personal information is absolutely safe and it cannot be misused. But according to the English newspaper ‘The Tribune’, information of billions of Aadhaar cards can be found by giving only Rs. 500 / – while blowing up the claims of the government and the UIDAI. This takes just 10 minutes.

According to ‘The Tribune’, they bought access to 100 million base cards by paying 500 rupees. According to them, an agent giving the information of Aadhaar card gave a gateway and a log-in password to them in just 10 minutes login. Its service was only to put the number of the Aadhaar card and the private information about any person was easily found. After this, they got access to the print the information of that Aadhaar card after by giving 300 rupees more. There was a separate software for it. ‘The Tribune’ made the UIDAI aware of the whole issue. UIDAI shared this entire matter with the technical team.  Chandigarh Regional Additional Director General of UID Sanjay Jindal said that if this was true then it was very shocking. He said, besides him and the Director General nobody has a log-in password.

According to ‘The Tribune’, the group, which is making information of Aadhaar cards public, has been working for nearly 6 months. This racket first targeted those three lakh people, who worked in the centre opened by the IT Ministry under the Common Service Centre Scheme. He extracted all the information about the Aadhaar from these people.

Apart from this, the hackers also got access to Rajasthan-based Aadhaar card website, from where they could get the information of Aadhaar and print it as well. Sanjay Jindal, Regional Additional Director of UIDAI has said that the UIDAI will now investigate this matter, only after which a definite statement regarding the incident can be made.  This whole case has exposed the government’s hollow claims.  It also instills fear among the citizens regarding their personal information being misused.