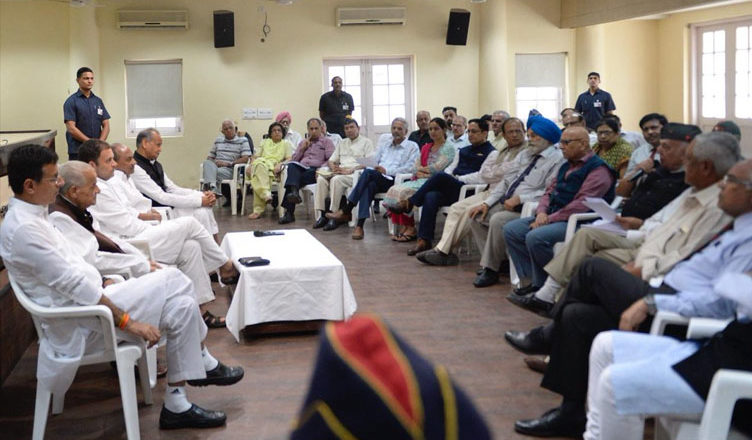 Slamming the government for its failure to provide One Rank One Pension (OROP) scheme to ex-servicemen of the Indian Army, Congress president Rahul Gandhi on Saturday said that Rs. 30,000 crore can be given to Anil Ambani but OROP cannot be given to the soldiers of the country.

“We are soldiers of the nation. Our biggest demand is ‘One Rank One Pension'(OROP). But what they have implemented is One rank and ‘n’ number of pensions. We have been on the street for certain issues and were assured that they will be resolved. Unfortunately, after 1231 days, we haven’t even got acknowledgement of the letters written to PM Modi,” ex-servicemen said while interacting with the Congress chief.

While giving the statement to media, Gandhi also said that the Prime Minister changed the procedure in the Rafale deal.

“We had negotiated deal for 126 aircrafts at Rs. 526 crore for each jet.The Air force did the entire negotiation. Then Defence Ministry did the negotiation. Then PM comes, cancels everything and prepares a new deal and decides Rs. 1,600 for each jet and hands it over to the one who has no experience and has a debt of  Rs, 45,000 crore,” Gandhi said.

Gandhi said that during his interaction with ex-servicemen, they expressed their grief.

“The way they have been humiliated, they are hurt. The behaviour with them is wrong and the government will have to mend its ways,” Gandhi said.

“We stand in solidarity with our ex-servicemen and will implement OROP like it was intended,” Gandhi assured.