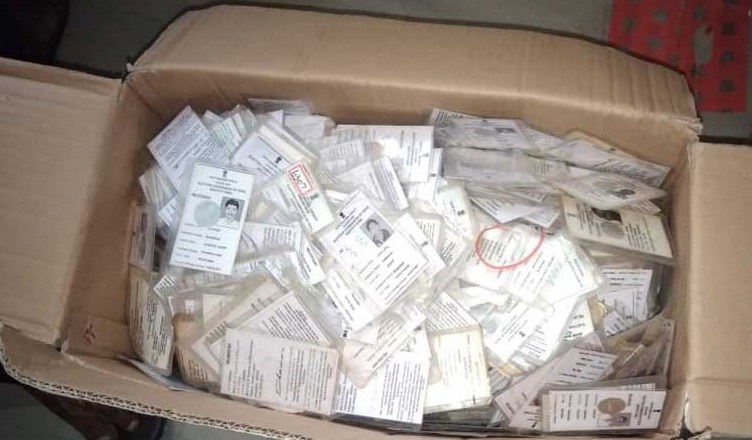 While the rest of Karnataka is voting today, R.R. Nagar constituency in Bengaluru will be going to polls on the 28th of May. The Election Commission of India made this decision on the 11th of May while an inquiry is conducted into the discovery of 9,564 voter ID cards in the area. The results will be announced on the 31st of May.

Late on Tuesday night, the 8th of May, the voter IDs were discovered in an apartment that the BJP claimed was linked to the Congress Party, however, as the Congress party pointed out, the house was rented out by Manjula Nanjamari for her son Rajesh, a BJP leader. Muniraju Gowda PM, a BJP leader posted a video of the search on Facebook and said local leaders conducted a search of the house on their own.

Raja Rajeshwari Nagar constituency holds a large percentage of urban Bengaluru with 4.71 lakh voters. In 2013 the seat was won by Congress leader Munirathna.

According to an investigation conducted by the Bengaluru Police Commissioner and the State Chief Electoral Officer revealed that unidentified people had taken voter ID cards from people in return for gifts and water cans. The report said that there had been a caste and location-based assessment had been conducted.

The EC has asked the voter IDs to be returned to their owners by the 21st of May. A special team from the EC will also be sent to watch the election expenditure of candidates.

One thought on “RR Nagar polls to be held on 28th May after seizure of 9,564 voter ID cards”