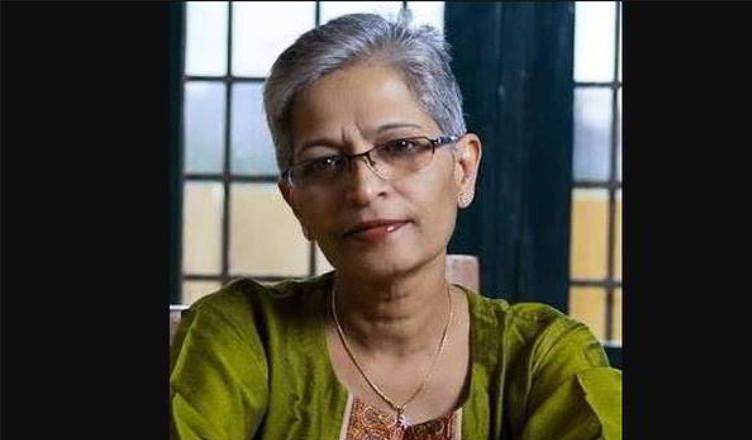 The murder of Gauri Lankesh was linked to right-wing Hindutva groups when the Karnataka SIT investigation led to the arrests of Naveen Kumar and four others that were linked to the group Hindu Yuva Sena. In his six hundred page charge sheet before the trial, Naveen Kumar stated that he started the Hindu Yuva Sena in Mandya district. He ran other organisations with the same agenda and ran Whatsapp groups to spread the message of Hindu dharma.

Back in 2017 June, he was invited to a workshop of Hindu organisation at an ashram in Ponda, Goa where he first talked about the need for Hindus to weaponise themselves if they want to save the religion. He also met a Mohan Gowda from Bengaluru in the event. In his statement, Naveen Kumar revealed that he told Gowda that he had guns and bullets and Gowda said that he would connect him to like minded individuals in the fraternity.

In the confession, Naveen Kumar said that Praveen an alias of Sujith Kumar, who played a direct role in the murder of Lankesh, contacted him on the phone and visited him to ensure that the bullets in Naveen Kumar’s possession would work. He met Praveen again at w workshop in Bengaluru on the 20th of August 2017 where they plotted the murder of Lankesh. Naveen was asked to go to an ashram in Mangalore with his wife on the 5th of September possibly to establish an alibi, that is where he found out about Gauri Lankesh’s murder.

Naveen did not admit being directly involved in the murder but he knew about it 15 days before. He was involved in the plan to kill Prof Bhagwan. They did conduct surveillance but could not carry out their plans.