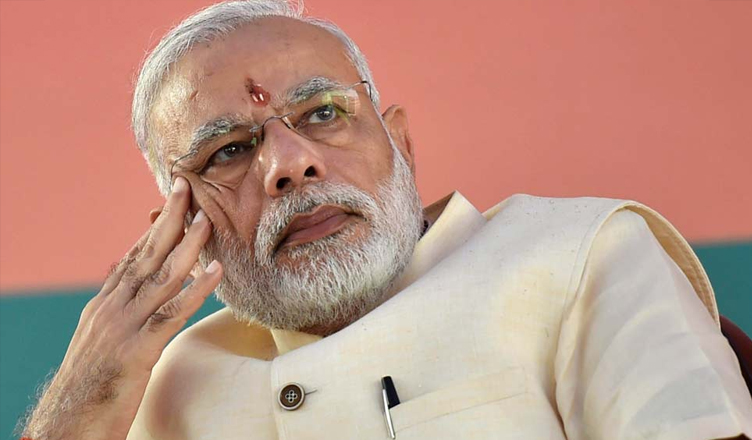 “At the time when, INS Virat was positioned for protection of maritime boundaries, it was sent to take Rajiv Gandhi and his family to an island for their holiday.  Even his in-laws were onboard INS Virat. Was it not a compromise of national security?” PM Modi said while addressing a public meeting in Delhi’s Ramlila Maidan.

Turns out, it is yet another lie manufactured by PM Modi himself.

Vice Admiral Vinod Pasricha (Retd) has himself refuted the same, terming it as wrong and being blown out of the proportion.

“It’s totally wrong. It’s totally wrong. They did come onboard and they did stay onboard. They’d come on an official visit. There were no visitors. All that has been said is totally incorrect. This is something which is always done and I think they are making too much of it,” Pasricha said while speaking to Times Now.

“Vice Admiral Vinod Pasricha (Retd) said that this is a lie. The then Prime Minister Rajiv Gandhi was on an official visit, it was not a holiday but facts don’t matter to Mr. Narendra Modi,” Khera said while addressing a press conference.

#LIVE – Vice Admiral Vinod Pasricha (Retd) said that this is a lie. The then Prime Minister was on an official visit, it wasn’t a holiday but facts don’t matter to Mr. @narendramodi: @INCIndia’s @Pawankhera addresses media. | #ElectionsWithNews18 #PMRajivJibe pic.twitter.com/8MPeAB0mvl

PM Modi stooping so low as to spewing lies and making false claim doesn’t behove a PM. He represents a country and should be responsible when making statements.