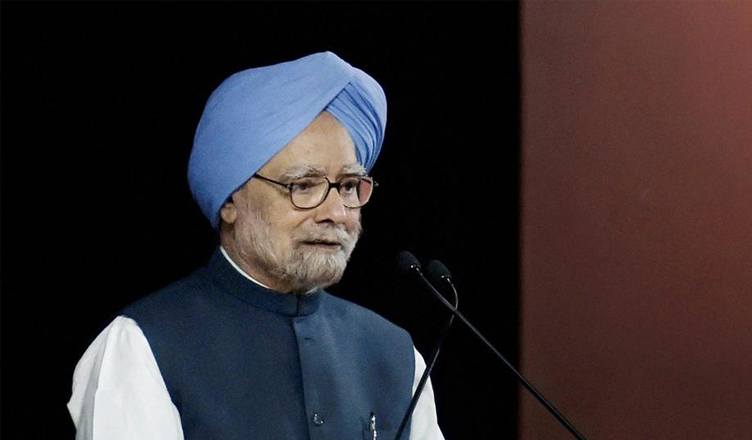 Launching a scathing attack on Prime Minister Narendra Modi over his recent election speeches in Karnataka, former prime minister Manmohan Singh has written to President Ram Nath Kovind, asking him to caution the Prime Minister from using such unwarranted, threatening and intimidating language against the leaders of the Congress Party or any other person as it does not behove the position of a Prime Minister.

Citing a remark from PM Modi’s speech made in Karnataka’s Hubli on May 6, 2018, the former prime minister said the Prime Minister is not expected to use menacing language even in the course of election campaign which tantamounts to using his powers and privileges as the Prime Minister to settle personal and political scores.

“The threat held out by the prime minister to the INC’s leadership deserves to be condemned…The words used are menacing and intimidating with intent to insult and provoke breach of the peace,” Manmohan Singh wrote in his letter. 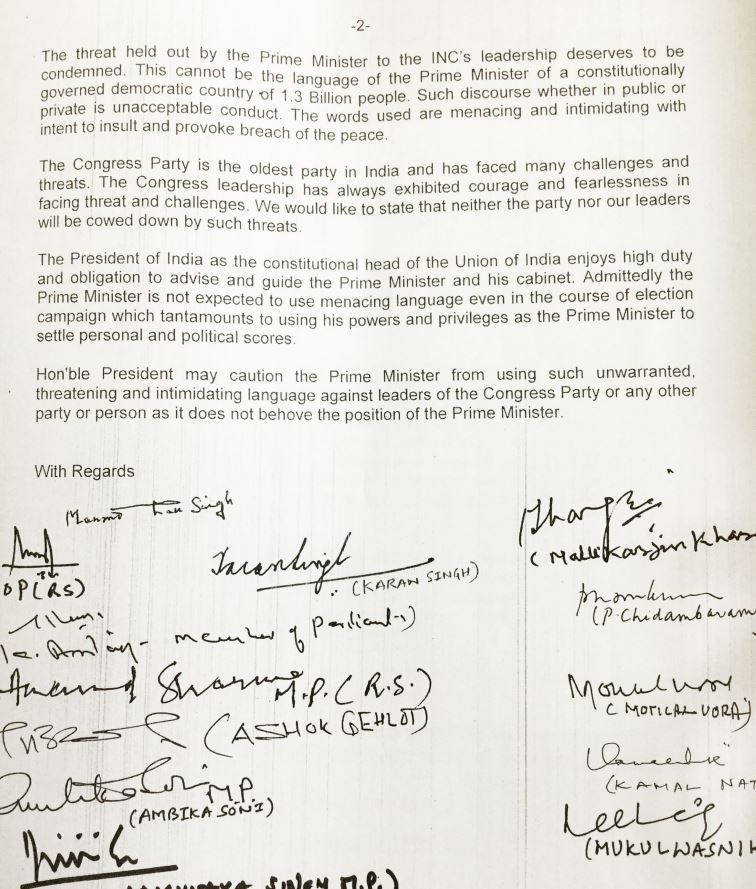 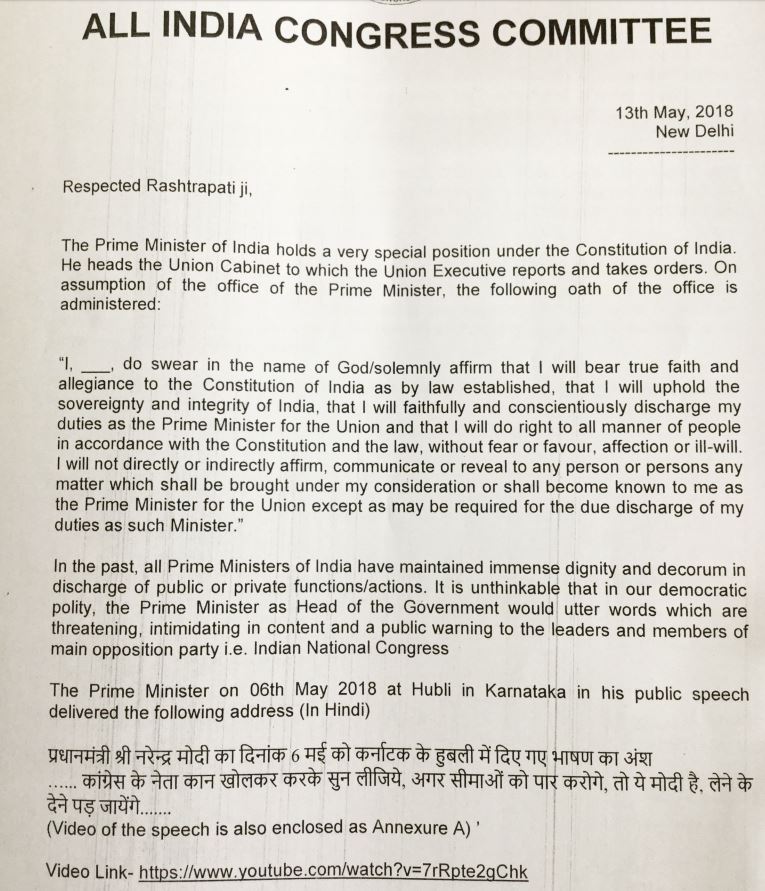 On May 7, Karnataka Chief Minister Siddaramaiah sent a legal notice to PM Modi and Bharatiya Janata Party (BJP) president Amit Shah over their continuous attacks on the former regarding corruption and demanding an unconditional apology or face a defamation suit worth Rs. 100 crore.