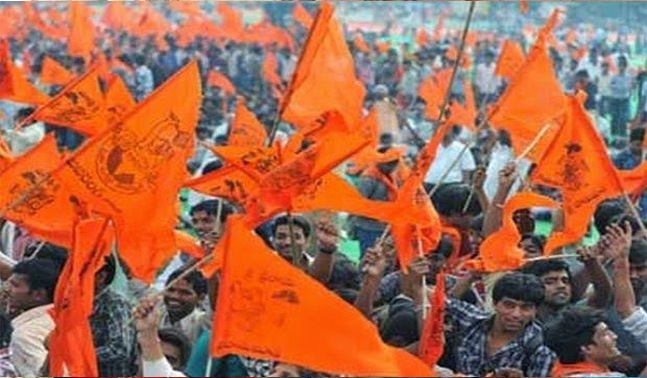 August 1947 was a watershed moment in the history of the Indian sub-continent. India – the jewel in the British crown – became an independent nation as it broke away from its imperial past of over 200 years.

The joyful moment however was short-lived as independence unfortunately came at a heavy price in the form of partition of the subcontinent. Millions of people lost their lives in the ensuing migration between borders.

In those blood thirsty times when neighbours and fellow-countrymen became enemies overnight due, the leaders of independent India led by Mahatma Gandhi, Sardar Patel and Pandit Nehru among others chose to establish a secular, modern, democratic and plural nation.

Independent India was created as a nation where people of all faiths, all communities, castes and sects were given equal rights and citizenship.

Some of the finest moments of independent India also came during the ghastly post-partition riots on its western and eastern borders where mob fury ran amok amidst mayhem and violence. Noakhali in then East-Pakistan was witness to one such moment when Mahatma Gandhi’s moral authority, courage and commitment to peace and secular ideals forced the seething and rampaging Muslim mobs to lay down arms and stop the slaughter of the minority Hindu community.

Similarly, in the national capital of Delhi and Indian Punjab it was Sardar Patel and Pandit Nehru who courageously stopped blood thirsty crowds of Hindus and Sikhs from killing Muslims.

These poignant moments were a tribute to the spirit of secularism which independent India and its people embodied.

Unfortunately Gandhiji’s life was taken by the very same radical and violent ideas which he fought against all his life. Mahatma Gandhi’s vision and dream however was kept alive by his successors.

Republic of India survived the scars of partition because of the liberal outlook of its elected leaders and most importantly the commitment of the people of India to create a pluralistic, liberal and secular society. After all it was “We, the people of India…” who created that majestic and visionary social policy doctrine called the Constitution. India survived and grew because the state did not sanction violence, hate crimes, superstition and irrational practices.

In times when India was identified as the land of snake charmers, its leaders pursued a vision of creating rural and urban infrastructure in the form of large dams, mega electrification projects, education institutions like the Indian Institute of Technology (IIT) and Indian Institute of Management (IIMs), space missions and job creation by domestic investments.

On the other hand India’s break-away brother Pakistan fell into an abyss in which it continues to suffer. The passing away of Jinnah followed by the United States’ pursuit of the cold-war doctrine which used Pakistan as a proxy to counter the Soviet Union created a monster in the form of the Inter Services Intelligence (ISI) and a powerful rouge Army that could overrule civilian authority.

India’s leaders on the other hand had the vision and courage to not follow a binary approach of raising a military state to counter another one. As India invested in creating social and physical infrastructure, Pakistan invested in weapons, training of mujahedeen and madrasas that preached radical Islam. India chose to look forward to a better future for all sections of society while Pakistan continued to look back into a bloody past and invested its energy and resources in creating an atmosphere of fear, hate and perceived insecurity over the existence of its Islamic identity.

Over the ensuing decades India’s democracy and pluralist outlook survived an emergency in the mid-70s and the scars of communal polarization. Resentment towards minorities continued to fester since partition and manifest itself through periodic incidents of riots but the wedge only grew deeper after the Ram Janmabhoomi movement launched by the RSS-BJP combine under L K Advani’s leadership.

Pakistan could never really recover from the martial law and Islamization imposed by the General Zia Ul Haq regime in the 70s. Radicalization swept through its society. Science, rationality, justice, law and order, intellectualism and reasoning were all cast aside and replaced by violence, mob vigilantism, bigotry, extremism and a culture of fear and hate.

Indian politics and social harmony too underwent a major churning with the rise of the Sangh Parivar forces on the political landscape. Riding on the crest of madness and mayhem created by the Rath Yatra a surging BJP occupied the political void created by a weakened Congress party.

Gujarat 2002 marked the creation of a new Hindutva hero for the gullible Hindu voters who were systematically brainwashed into believing that supposed minority appeasement was the root cause of all their economic woes.

Since 2007 the phoenix like portrayal of Narendra Modi by corporate India and a subservient media created a messiah like image of a man who could do no wrong. The image of a strong and incorruptible leader was created with clever manipulation of fake news stories, paid news and the increasing penetration of social media.

The mythical Gujarat Model was sold as the magic pill for all economic ills. The mishandling of the economy and the inability to control the fallout of scams during UPA-2 by a bungling Congress party was the final nail in the coffin.

The Modi wave of 2014 not only swept aside the opposition but also any semblance of reasoning, secular ideals, justice and moral compass among the India’s increasingly polarized electorate. State after state that went to polls in the largely Hindi heartland of north India fell into the BJP’s lap as a clueless Congress did little to change tactics or institute internal reforms to revamp the party.

The onset of RSS controlled BJP governments in different states has also coincided with a systematic rise of vigilantism in guise of gau-rakshaks, anti-romeo squads and love-jihad warriors. Any opinion or idea that is opposed to the RSS view is now branded as anti-national. Food choices, linguistic choices and even cultural practices are now increasingly being dictated by the Sangh Parivar forces. The beautiful Urdu language too has not been spared of this state sanctioned madness.

In 2001 it was George Bush who threatened elected governments with his “Either you are with us or against us” comment. In New India it is the gau-rakshaks who treat every opposing voice with the same contempt without any fear of retribution.

The Indian state has found its equivalent of Pakistan’s blasphemy laws in the form of cow slaughter bans. Mahatma Gandhi is no longer the hero of independent India. Godse is. Men like Shambhulal Regar are a symbol of that sense of lost pride and chauvinist heroism for New India.

Present day India is in an unseemly hurry to abandon its rich legacy of tolerance, social harmony, diversity and communal amity to follow the radical ideas of Hindutva espoused by the RSS since the 1930s.

The forces which sided with the British empire during the freedom struggle have now gained significant acceptance in Indian society and control of government machinery. Vigilantism by mobs in the name of cow protection is becoming the new normal. Debates on prime time television channels are no longer about condemning such acts in unequivocal or bi-partisan terms. These are instead boiling down to whataboutery and accusations of supposed selective outrage insinuated by the ruling party spokespersons and instigated by a sycophantic, sold out media.

The ordinary Indian citizen too has now bought into the hogwash and is divided. Take a look around. Our next door neighbours, our office colleagues, relatives on whatsapp groups and facebook friends list invariably support this hooliganism with a “serves them right” kind of argument or a “See what theyare doing to (Hindu) minorities in Pakistan” comment.

Our childhood acquaintances or friends have now become the “other”. Many from within our own circle are now coming out and openly voicing their prejudiced views.

There, unfortunately, is a Shambhulal Regar in varying degrees within many of us. Move over Pakistan. Anything you do, India can do better. Much better. Nothing showcases it better than the Hindutva Republic.