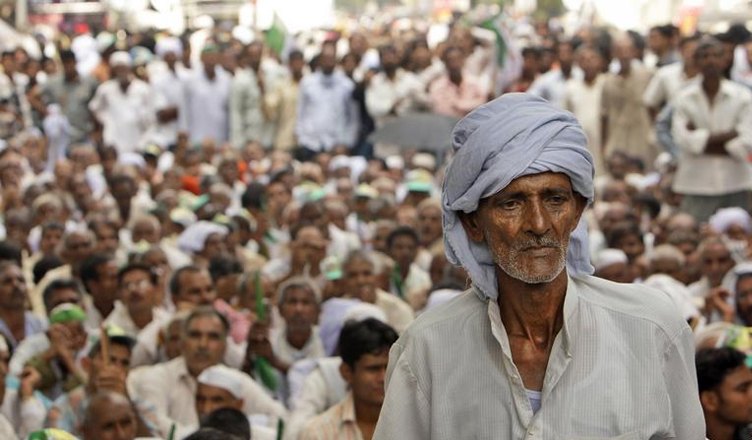 The Rashtriya Kisan Mahasangh on Monday expressed its disappointment over the Centre’s failure to fulfil its promise of Minimum Support Price (MSP) declared for Kharif crops recently.

An umbrella body of 182 farmers’ organisations alleged that Centre’s MSP formula was not based on the C2+50 (comprehensive cultivation cost plus 50 per cent) recommendation made by the National Commission on Farmers headed by M S Swaminathan.

It has alleged that the Centre has not based its MSP on the formula recommended by the Swaminathan Commission.

RKM’s core committee member Jagjit Singh Dallewala and convener Shivkumar Sharma Kakkaji are in Delhi to participate in the organisation’s “Kisan Adhikar Yatra” which began on July 26 from Jammu and Kashmir and will end at Kanyakumari in Tamil Nadu on August 26.

The yatra has also been organised with the same intention of demanding farm loan waivers as well as the right MSP for crops.

Earlier on Monday, Dalit organisations and the All India Kisan Sabha (AIKS) announced that they would be protesting against the NDA government on August 9, asking their demands to be fulfilled.

This time, even ex-servicemen will be joining hands with them to protest against the government.

The Indian Ex-Servicemen Movement (IESM), which has in the past fought for ‘one rank, one pension’, will be participating in the protest as they feel their demands have not been met by the government. They have alleged that whatever was promised to them on ‘one rank one pension’ has not been fulfilled.

“Whatever Prime Minister Narendra Modi had promised us on ‘one rank, one pension’ has not been delivered. He lied to us. Earlier, we fought separately. Now, we will fight unitedly with farmers’ organisations and Dalits,” Priyadarshi Chowdhury, coordinator for IESM, told PTI.

The AIKS, the farmers’ organisation of the Communist Party of India (Marxist) (CPIM), has given a call for ‘jail bharo’ across the country on August 9, for bringing to light the ongoing agrarian crisis.

All three, the AIKS, Dalits and ex-servicemen have different demands but they are coming together because their aim is the same, to get those demands fulfilled.

On one hand, where the farmers’ organisation is protesting demanding the minimum support price (MSP) for all crops to be fixed at 1.5 times the input cost, guaranteed procurement, one-time waiver of all loans of farmers and land to landless farmers, on the other hand, Dalits have been pressing for restoration of the SC/ST (Prevention of Atrocities) Act 1989 to its original form.

The demand of ex-servicemen is complete OROP as per approved definition of Parliament, pay parity and cancellation of the Cantonment Roads order.