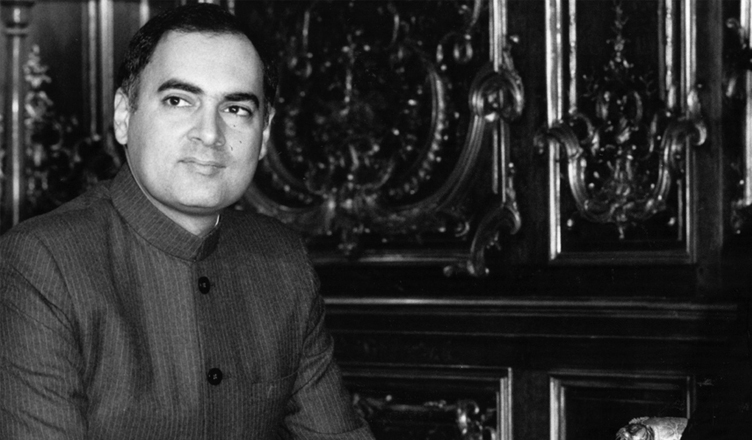 Rajiv Gandhi, best remembered for his exemplary work that led to making India a super-power, was a reluctant politician that became the youngest Prime Minister of India. It was his vision to transform the country that led to India becoming a technological superpower. On his death anniversary, let us look at his personal life and some of his achievements.

Born in 1944, Rajiv Gandhi was the oldest son of Indira and Feroz Gandhi. His younger brother, Sanjay and him studied Doon School after which he went on to study engineering at the Imperial College in London and the University of Cambridge. It was in London that he met Sonia Maino who would later become his wife. Not interested in following in the footsteps of his political family, Rajiv Gandhi was a pilot for the Indian Airlines.

An enthusiastic photographer, he would be taking photographs in his spare time. After his death, Sonia Gandhi published a book of her husband’s photography where she said, “He took photographs because that was for him one way of expressing his tenderness for those who shared his life.”

Rajiv Gandhi entered politics when his brother died in a tragic plane crash in 1980. He was elected into the Lok Sabha and later became a member and national executive of the Indian Youth Congress. Upon his mother’s death in 1984, he took the oath to become the youngest Prime Minister of the country.

A true ruler of the people, he formulated policies that would benefit the country and her people for decades to come. With a vision to make India a superpower, he was instrumental n bringing Texas Instruments into India in 1985 kick-starting the technological revolution. In 1986, in an attempt to make the benefits of technology reach the masses, he initiated the Mahanagar Telephone Nigam Limited (MTNL) in 1986 and Public Call Offices (PCOs) throughout the nation.

His attempt to improve the lives of the masses led him to strengthen the Panchayats so they had the power to make decisions. In 1988, he met thousands of representatives from Panchayats around the country, a true exercise in democracy. It was also his idea to have a 33% reservation for women in Panchayats and municipal bodies, an idea that was implemented after his death in 1993.

Despite opposition, Rajiv Gandhi reformed the education sector. Operation Blackboard, Sarva Shiksha Abhiyan, and Navodaya Vidyalayas were his brainchild. To ensure that the masses had access to education, he expanded and modernized the education sector that also led to the Indira Gandhi National Open University.

In 1991 while on campaign in Tamil Nadu, he was assassinated by members of the Liberation Tigers of Tamil Eelam (LTTE) because he sent an Indian Peacekeeping force to assist in the Sri Lankan civil war. He was cremated on the banks of the Yamuna at a site which is now known as Veer Bhumi.

India is an old country, but a young nation; and like the young everywhere we are impatient. I am young, and I too have a dream. I dream of an India strong, independent and self-reliant and in the front rank of the nations of the world in the service of mankind.’ – Rajiv Gandhi addressing the US Congress