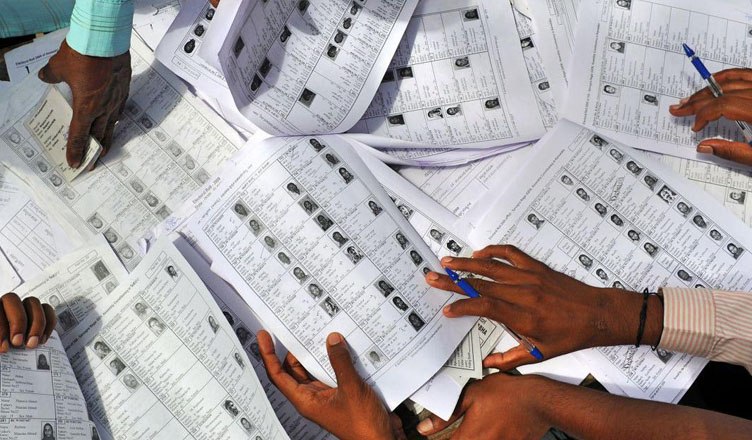 As the Rajasthan Assembly elections approach closer, poll officials have informed that names of 6.5 lakh duplicate/fake voters will be deleted from the state’s electoral rolls.

Under the exercise, undertaken by the election department of Rajasthan, to weed out fake/duplicate voters from electoral rolls, it was found that as many as 6,52,814 such names of voters are there who are either duplicate, dead or have shifted their residence.

Form 7 is an application for raising objection against inclusion or deletion of name in the electoral roll. It is this form, collected by the election department, on which the total number is based on.

Cleaning up of the electoral rolls is being done at three levels by the election department – demographical similar entry (DSE) check, door-to-door verification, and details collected through Form 7. On the basis of this cleanup, 6.52 fake/duplicate names have been found which will be removed from the electoral rolls.

“On the basis of the voter lists, 81.37 lakh duplicate voters were found. After the DSE check, 79.71 lakh were verified and only 1.66 lakh doubtful voters were left. A field verification of these 1.66 lakh voters was done and the figure of doubtful voters then dwindled to 39,000 whose names will be deleted,” Hindustan Times quoted chief electoral officer (CEO) Anand Kumar.

The final voter list will be published on October 3.

Last month only, the Rajasthan Congress had raised the same issue and had claimed that there were 42 lakh fake voters in the state.

Similarly, in June, the Congress alleged that nearly 12 percent or 60 lakh voters of the Madhya Pradesh’s approximately 5 crore voters are fake and fraudulent.

In fact, the grand old party had approached the Election Commission of India (ECI) and the Supreme Court requesting the election departments in the poll-bound states of Rajasthan, Madhya Pradesh and Chhattisgarh clean fake voters.