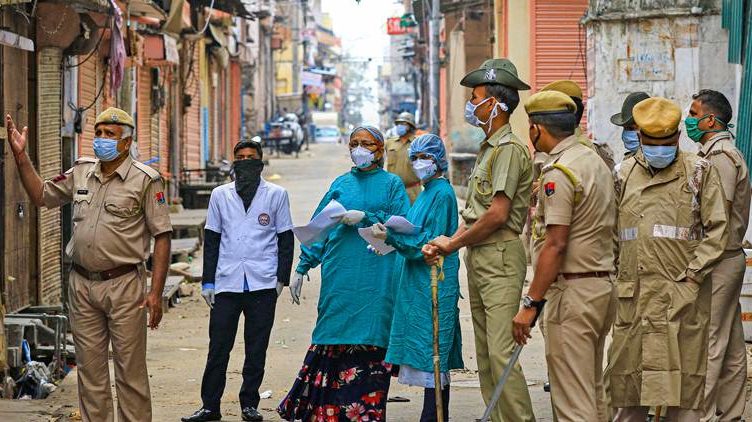 The textile town of Bhilwara in Rajasthan from being a hotspot of Covid -19 has now become a model to follow in the fight against the Coronavirus pandemic. It has not reported a single confirmed case of coronavirus in the past seven days and twenty of the twenty-eight patients have recovered.

How did this happen?

It was only possible thanks to the far sightedness of the State Government led by Congress Chief Minister Mr. Ashok Gehlot. Let’s take a look at the Bhilwara model which has received attention from across the world in their success in controlling the deadly virus.

With full cooperation between the state government and the district administration, they were able to do the following –

1) Isolating the District – Sealing the border was the first action taken. There were no questions asked by the state government. They complied readily with the DM and acted quickly, even before the lockdown was announced by the central government.

2) The Epidemic Act – The state implemented the epidemic act and gave the DM all powers to take over hospitals, hotels etc. where 27 hotels with 1541 rooms, 22 institutions/hostels with 11,659 beds and the MG District hospital was turned into ‘Dedicated COVID Hospital’ with capacity upto 427 beds. Moreover, 4 private hospitals were also acquired in order to efficiently handle the situation without functions and words getting delayed or lost in translation.

3) Screening and Testing – The district began mapping the hotspots, conducting door to door screening and aggressive contact tracing with 2037 teams and 10,71,315 people surveyed in which 4258 suspected cases were identified – all in three phases between 18th March to 3rd April. People with influenza symptoms were screened too so as not to leave any positive carrier unchecked. A 24-hr war room was also established to help Rapid Response Teams, WHO & Police.

4) Three-tier monitoring mechanism set up for Rural Areas – This was a very important step as the number of hospitals available in these areas are very limited. Prevention being the cure was the idea behind this. The district began, ramping up quarantine mechanisms  and isolation wards. The aggressive contact tracing and subsequent quarantine and observation also limited the spread. There was proper monitoring of home quarantine.

5) Other measures – The government made sure the people did not suffer in their need of daily requirements by making sure there was a steady supply of basic requirements which was delivered to their doorsteps. Raw food and cooked food packets to the poor and needy were distributed on a daily basis. Moreover, there was a complete shutdown of industries.

Despite not registering any new case the three cycles of isolation, testing and quarantine is still being undertaken. Following this model, Rajasthan has been able to contain the rise in cases across the states.

With the number of Covid-19 cases across India growing in the last week, Union Cabinet Secretary Rajiv Gauba has said that states could look at adopting the ‘Bhilwara model’ of ruthless containment to prevent the spread of the contagious novel coronavirus.

Moreover, Amarjeet Sinha, an adviser to Prime Minister Narendra Modi, has also endorsed the Bhilwara model. The PM, at the time of an epidemic, should look at such success stories and adopt the model nationwide, whether it was proposed and implemented by the opposition or not, it is meant for the greater good of the nation.

Image – Medical team members during their door-to-door visit to screen people in wake of coronavirus pandemic, during the nationwide lockdown, at Ramganj Bazar in Jaipur, Friday, March 27, 2020. (PTI Photo)