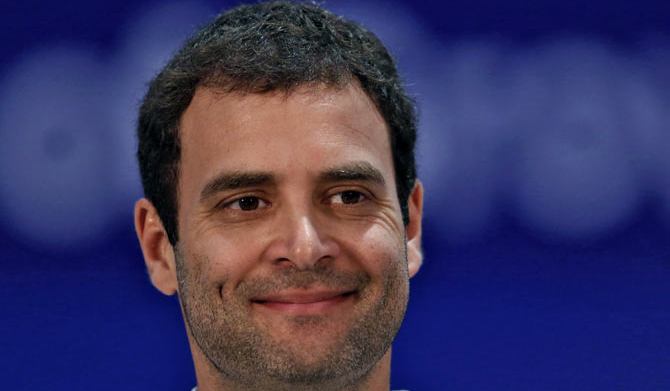 The Gujarat Elections 2017 has turned out to be an image-changer for Congress President Rahul Gandhi, with his presence being felt more on the social media and the talk around him even more than Prime Minister Modi on the platform.

The following video shows how this election was the spotlight on Rahul Gandhi more than it was on PM Modi.  As per the research conducted by the news channel, 66% of the conversation was about Rahul Gandhi and which was positive.

People have now started realising that Rahul Gandhi is the needed change and will take the country forward.

Watch the video to get more clarity:

Otherwise also, Rahul Gandhi was seen actively participating and campaigning for his party during the Gujarat and Himachal Pradesh Elections.

He led Congress from the front in attacking the Modi Government over economy and Jay Shah row.

The terms coined by him such as Gabbar Singh Tax for GST and Modi-Made Disaster for demonetisation have gained immense popularity and have even been seconded by the general public.

Such a transition shows that the wind of change has started blowing.