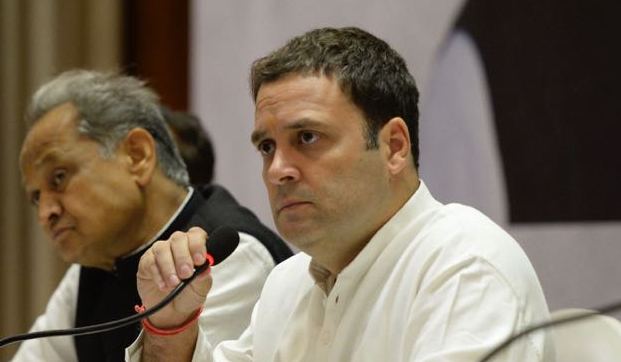 A day after assuming the post of President of the Congress Party, Rahul Gandhi wrote to PM Modi seeking special financial package for the farmers hit by cyclone Ockhi in Kerala and Tamil Nadu.

The Congress President had visited the cyclone-hit areas last week.

Gandhi also made an appeal to strengthen the cyclone forecasting system in coastal regions.

“I would request you to declare a comprehensive special financial package for the states of Kerala, Tamil Nadu and Union Territory of Lakshadweep to undertake rehabilitation, provide financial assistance to families of the deceased fishermen and for the overall development of the coastal region, including steps for prevention of such a tragedy, to the extent possible,” he said.

While recalling his visit to the affected areas, Gandhi said he felt firsthand the immense grief and pain that the people had to undergo due to the tragedy.

He also hoped that the Prime Minister would visit the affected areas in the coming days.

Rahul Gandhi also highlighted the need to construct sea wall and groynes in the vulnerable sea coasts of Kerala and Tamil Nadu.