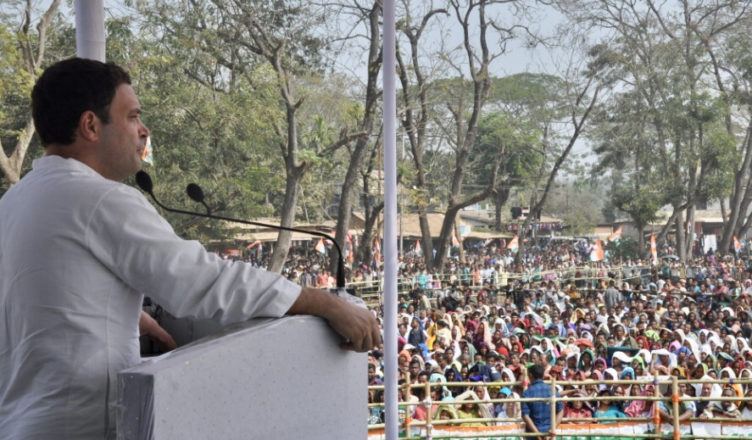 Congress president Rahul Gandhi on Tuesday took a dig at Prime Minister Narendra Modi and asked him to bring back diamond czar Nirav Modi “when he returns from his foreign trips”.

The statement of Gandhi came while launching the second leg of his campaign ahead of upcoming Meghalaya Assembly elections, which are to take place on February 27.

“I would like to request this Modi (Prime Minister), on behalf of all of us, to bring back the other (Nirav) Modi when he goes on another of his many foreign trips. We will all be very grateful as a nation to get our hard-earned money back,” Gandhi said.

“Nirav Modi sold dreams to many people including the government which happily slept while he ran away with the public’s hard-earned money,” he added.

Launching a scathing attack on PM Modi, the Congress chief said that just like Nirav Modi, the Prime Minister also sold dreams to the people of this country.

“As the Modi Govt nears the end of its tenure, it is clear that instead of giving hope, security and economic growth, they have given us only hopelessness, unemployment, fear, hatred, and violence,” he said.

“And with (liquor baron) Vijay Mallya and Nirav Modi scams we know this is a government that not only cannot remove corruption but is also actively participating in it,” he added.

While pitching to vote for Congress, Gandhi said, “As CM, Mukul Sangma ushered in an era of unprecedented growth & prosperity in Meghalaya. You have one of the most hardworking CMs in the country & everyone can see tremendous development here.”

“In the field of healthcare, Meghalaya is the one of the few states to have universal health insurance. Under the Congress Govt, we have seen the emergence of Meghalaya as the most literate state of India with the highest rate of female enrolment in primary schools in the entire country,” he further said.

Gandhi also assured that the Congress will unite each and every voice in Meghalaya that calls for justice.