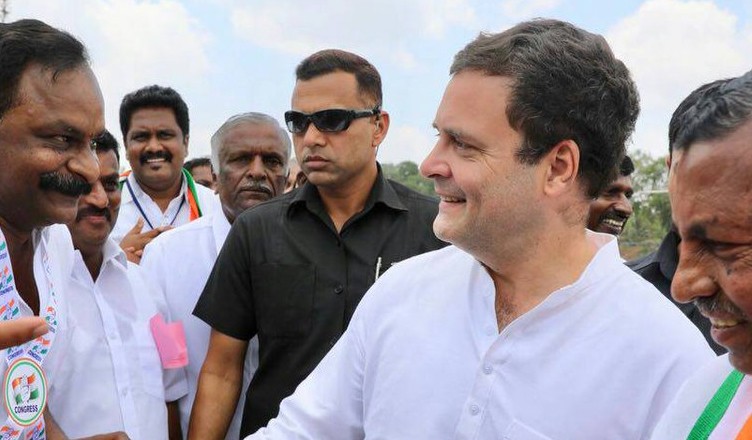 In his tweets, Rahul Gandhi accused the BJP and RSS of having fascist ideologies and, in what is bound to be viewed as underhanded by the BJP, used facts to show their anti-Dalit mentality.

The video with his tweet stated that in Modi’s India every 12 minutes a Dalit is attacked and every day 6 Dalit women are raped. Despite it being 2018, leaders from the BJP continue to believe and practice untouchability, BJP’s CM candidate from Karnataka, BS Yeddyurappa and BJP minister from UP, Suresh Rana went to Dalit households as a PR move for votes but both refused to eat the food cooked by the Dalits, instead opting to order in. Suresh Rana went so far as to bring his own cutlery. When Yogi Adityanath, UP CM went to visit the Musahar community in Rampur, people from his administration went early to distribute soap and perfume so the poor Yogi’s casteism could be spared the poor community’s ‘bad odour’. BJP Union Minister, Anant Kumar Hegde, even said that the BJP would change Dr. Ambedkar’s constitution.

Central to the RSS/ BJP fascist ideology, is that Dalits & Adivasis must continue to exist at the bottom rung of society.

In this disturbing video, the dangers of this mindset and how it’s openly propagated by senior RSS/ BJP leaders is revealed. #AnswerMaadiModi pic.twitter.com/gX2NwL0q27

Mohan Bhagwat, RSS Chief , and Manmohan Vaidya, RSS Prachar Pramukh have said that the reservation for the SC/ST community should be reviewed, Vaidya even went a step further to say it should be abolished. And without any objections from PM Modi and the BJP, the Supreme Court has diluted the SC/ST Atrocities Act. According to Mr. Modi, this is working towards the development of the marginalised.

The Congress party on the other hand, under CM Siddramaiah in Karnataka was the first to pass a sub-plan that allocates 24% of all resources for the empowerment of the SC/ST community. Rahul Gandhi, in his tweet also said that since Mr. Modi likes to steal and repackage all the work of the Congress party, this plan would be a good one to implement on the national level.

The Karnataka Govt's revolutionary SC/ST sub plan, allocates 24% of all resources to Dalits & Adivasis as per their % of population.

Since PM Modi is skilled at repackaging & claiming credit for Congress schemes, this is a good one for him to copy centrally. #ModiTalksNoCanDo pic.twitter.com/KNmrBQkrKj