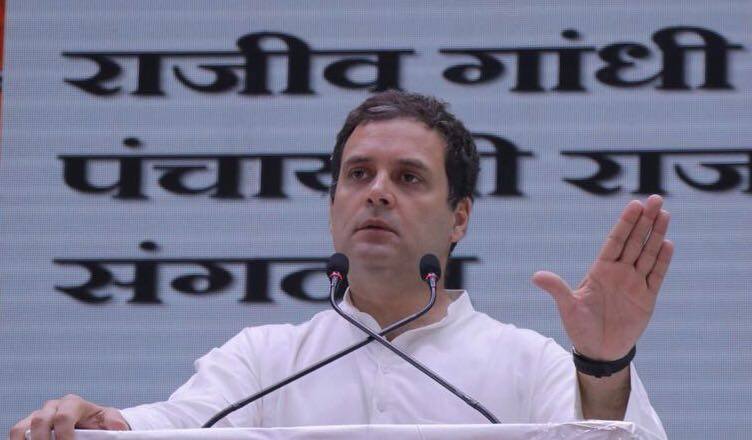 Gandhi said that it is their duty is to enhance the Panchayati Raj to protect and restore their rights that the BJP is trying to snatch away. The Congress President said that the Panchayati Raj would become decentralized into the hands of the people and that water, forests and land rights would belong to the Adivasis, they would be given the power to become self-sufficient. “Every citizen of the country must be part of the progress of the country, be it a Dalit, an Adivasi,” he said.

Attacking Prime Minister Narendra Modi for ignoring the farmers’ grievances, Gandhi said that the Congress considers the farmers to be the backbone of the country.

He accused the RSS of crushing the independence of institutions and trying to capture them. “The ideals of Mahatma Gandhi are threatened everyday but, the spirit of the people of India will stand strong,” he added.

Putting light on their 2019 plans, the Congress president said that the grand old party will focus on three things – education, healthcare and employment.

Gandhi is on a two-day visit to Chhattisgarh to help gear up the party machinery and attend the 25th anniversary celebration of the constitutional amendment of Panchayati Raj institutions.