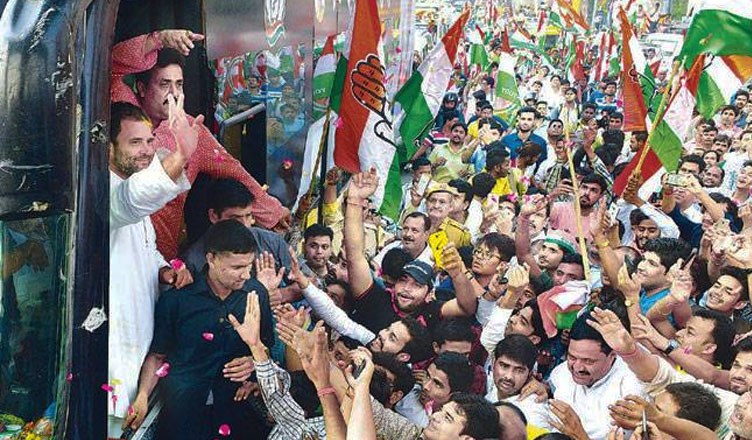 Ahead of the upcoming Rajasthan Assembly elections, Congress President Rahul Gandhi will be visiting the state today.

He will also be addressing a public meeting at Bhikha Bhai College Sports Ground, Sagwara in Dungarpur district.

“The writing is on the wall. Congress is coming with a big majority. Rajasthan’s result will pave the way and Congress will lead the government at the Centre also,” The Economic Times quoted state Congress chief Sachin Pilot as saying.

On Tuesday, the Congress Chief visited Andhra Pradesh and said that if the grand old party comes to power in 2019, they will give Special Status to Andhra Pradesh.

“Congress party has a very old and loving relationship with Andhra Pradesh. Andhra Pradesh has always given direction to this country. Whether it is leaders or millions of women who work in Self Help Groups,” Gandhi said while addressing a rally in Kurnool, Andhra Pradesh.

He said Prime Minister Narendra Modi had promised Special Status to the state for 10 years but it has been four years since he came to power and yet no step has been taken by him towards the same.

“Sachin Tendulkar was called run-making machine and Shivraj ji is a ghoshna making machine. He starts making announcement as soon as he comes on ground. He has made 21,000 announcements till date,” Rahul Gandhi said while addressing party workers in Bhopal.

Raising the issue of Vyapam scam, Gandhi said if the Congress comes to power in the state, it won’t let the culprits of Vyapam and E-tendering scam run away like Vijay Mallya.

Rajasthan, Madhya Pradesh are expected to go to polls in November this year.