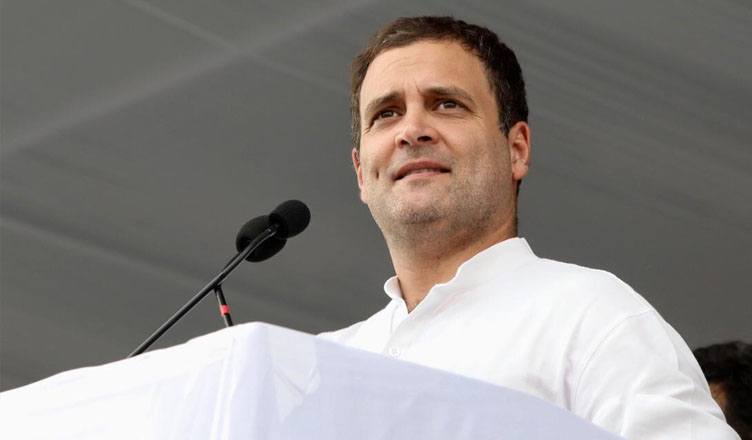 While praising Andhra Pradesh for giving for producing great Congress leaders, Congress President Rahul Gandhi on Tuesday said that if the grand old party comes to power in 2019, they will give Special Status to Andhra Pradesh.

“Congress party has a very old and loving relationship with Andhra Pradesh. Andhra Pradesh has always given direction to this country. Whether it is leaders or millions of women who work in Self Help Groups,” Gandhi said while addressing a rally in Kurnool, Andhra Pradesh.

He said Prime Minister Narendra Modi had promised Special Status to the state for 10 years but it has been four years since he came to power and yet no step has been taken by him towards the same.

“Several things were promised to you under the Special Status. National status for Polavaram project, iron industry in Kadapa, metro rails and highways for the capital, 12 National education institutions. And the fact of the matter is, this is not empty words, this is a commitment from Govt of India to people of Andhra Pradesh. All promises made by the Govt were broken by PM Narendra Modi. Mr. Modi doesn’t understand that this is a promise made by a Prime Minister. When PM Modi doesn’t give what is AP’s right, he disrespects the people and leaders of Andhra Pradesh,” he said.

The Congress Chief further said that they are interested in making India where people of all religions, castes stay happy together and where women are treated with equality and dignity.

Earlier in the day, the Congress Chief visited Peddapadu Village to pay his respects to Former Andhra Pradesh Chief Minister Late Damodaram Sanjivayya. He also met and interacted with the residents of Peddapadu Village.