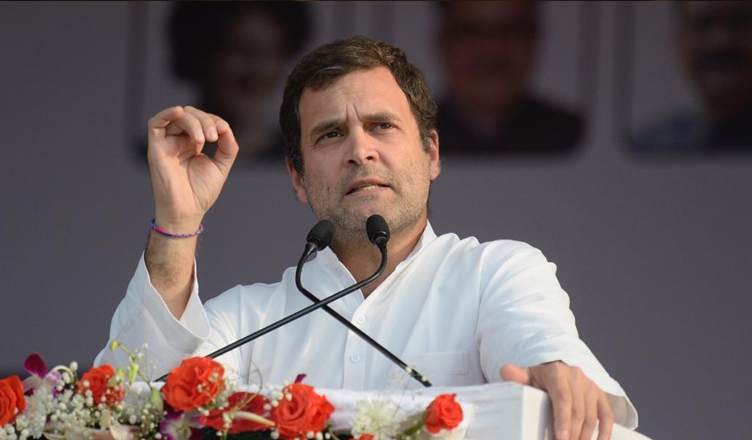 Congress President Rahul Gandhi on Monday promised minimum income to the poor all across India after winning the 2019 Lok Sabha elections.

“We have decided to take a step that no government has taken before. We have decided to give every poor person a Minimum Income Guarantee when we form the government after the 2019 general elections. This is a historic step taken to eradicate hunger and poverty,” Gandhi said while addressing a kisan rally in Chhattisgarh.

Listen to his promise here:

Reminiscing his promise of waiving off farm loans within 10 days of forming the government in Chhattisgarh, Gandhi said that state Chief Minister Bhupesh Baghel started the process of the same within 24 hours of taking oath.

“I had promised to waive off farm loans in Chhattisgarh within 10 days of forming the government. Chief Minister Bhupesh Baghel started the process within 24 hours,” he said.

He attacked the previous BJP government in Chhattisgarh and the current BJP government at the Centre for ignoring farmers’ grievances and not waiving off their loans.

“Whenever Congress took up the issue of farm loan waiver, the previous BJP government in Chhattisgarh denied stating the government had no money,” he said.

“India’s ‘Chowkidar’ (Prime Minister Narendra Modi) refused to give ₹6000 crore for farm loan waiver, but he gave ₹30,000 crore to Anil Ambani for Rafale deal. If the Modi government can waive off loans worth ₹3,50,000 crore of 15-20 industrialists, then why can’t they waive off farm loans?” Gandhi questioned.

Gandhi also promised to make Chhattisgarh a shining example for the entire country.

“Chhattisgarh will be a shining example for the country. Congress govt will transform agriculture in the state by laying out a network of food processing plants,” he said.