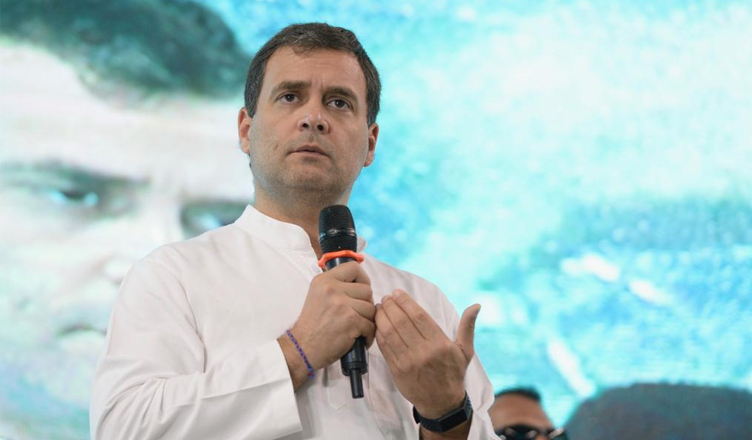 Congress President Rahul Gandhi on Thursday addressed Fisherman Parliament in Trichur Kerala, and said that if they come to power they will have a dedicated ministry for fishermen in Delhi.

“There are many issues Tamil fishermen are facing like the conflict with Sri Lankan Navy, new rules in CRZ & big trawlers taking what is yours. I want to give your own amplifier- a dedicated ministry- that will represent all fishermen. I’m not Narendra Modi, I don’t make fake promises. When I say something, I only say because I’ve decided to do it. A dedicated ministry is a commitment from me and the Congress party,” Gandhi said.

We want to honour all those fishermen. We have decided that the best way to honour them is to have a dedicated ministry for fishermen in Delhi: CP @RahulGandhi #RahulGandhiWithFishermen pic.twitter.com/nhf6ghP6SY

The Congress Chief accused Prime Minister Modi of protecting interests of 10-15 industrialists and getting favours from them in return.

“Mr. Modi’s friends own most of the ports in the country. It is a simple equation, he is marketed by these 10-15 people and in return he protects their interests and allows them to steal your money and land,” he said.

He also said that PM Modi is the protector of Anil Ambani, Nirav Modi, Mehul Choksi and that he is the instrument of them being able to capture the Indian banking system.

“When we waived off farmers’ loans, my opponents said I’m ruining habits of the farmers. But, when Mr. Modi over the last 5 years forgives ₹3,50,000Cr of only 15 richest people, then why don’t people say he is creating bad habits? If you’re going to forgive Anil Ambani’s loans, then you’re going to forgive loans of farmers and fishermen too. I’m arguing for fairness,” he said.

Also read: Narendra Modi is a flop show when it comes to job creation: Rahul Gandhi

Questioning PM Modi’s honesty, Gandhi said, ” If Mr. Modi is so honest, who pays for all his marketing? Who pays for his ads in TV, newspapers? It is people like Nirav Modi and Mehul Choksi. All we are asking for is fairness to fishermen and farmers.”

Gandhi then talked about the steps his party aims to initiate when it comes to power.

“We will provide 33% reservation for women in Parliament and State Assemblies. Not only that, we are going to reserve 33% government jobs for women,” he said.

One thought on “Rahul Gandhi promises a dedicated ministry for fisheries”