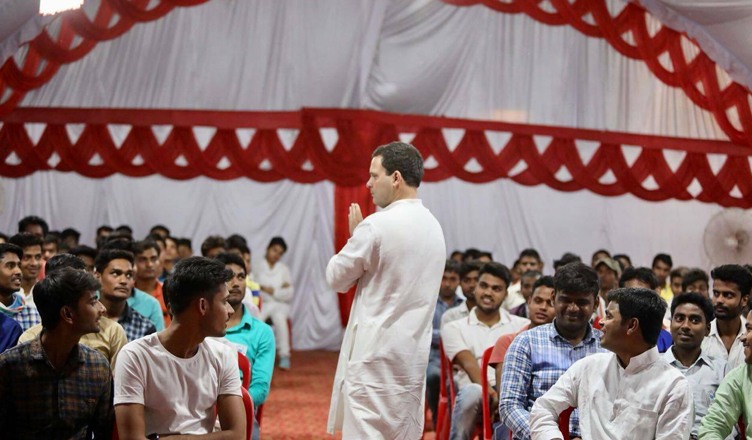 On the last day of his three-day visit to Amethi and Raebareli, Congress President Rahul Gandhi held a janata darbar in Raebareli, which was attended by more than 300 people and organisations. The Congress President filled in for his mother Sonia Gandhi who was to hold the janata darbar. The UPA chairperson was visiting her constituency after two years, and thus, was to reach out to people. But, she could not make up to the event, and thus, it was attended by her son.

During his interaction with people out there, Rahul Gandhi ensured that all help would be provided to those who had complaints. During the time, many people invited Rahul Gandhi and Sonia Gandhi for weddings and other occasions, as well as many others, clicked selfies with the Congress President. The All India Teachers and Employees Welfare Association from Rae Bareli urged the Congress President to restore the old age pension scheme, whereas, Anganwadi and ASHA workers also discussed their grievances with Rahul Gandhi.

Soon after the janata darbar, the Congress President left for a random visit to Salon, which is a block of Rae Bareli and falls under his parliamentary constituency Amethi. He also visited Tekaree Dandu and Majhila villages and interacted with people there. He visited a primary school in Tekaree Dandu village where he interacted with students and asked them about their future goals.

Rahul also visited a primary health centre in Bethaura, and was upset after witnessing lack o cleanliness and absence of medical officer there. He also stopped at Nigohi village and interacted with the villagers there as well as interacted with party workers and citizens of Bhua Mau in Raebareli.