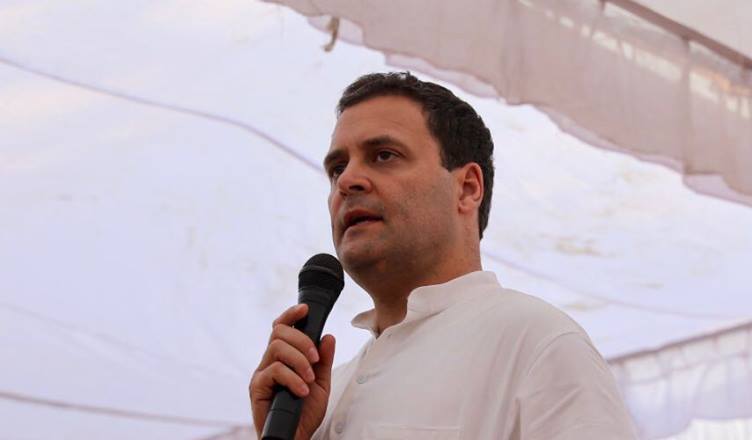 Congress President Rahul Gandhi, who is on a three-day visit to Amethi and Raebareli in Uttar Pradesh, targeted the BJP government on various issues and problems the people there are facing. Attacking the government on its denial to waive farmers’ loans, Rahul Gandhi said that the government can waive loans of capitalists, but cannot waive the loans of farmers.

At a meeting with farmers in Jainabanj in Amethi, the Congress President said that the government has waived loans worth Rs. 2.5 lakh crore of capitalists, but could not waive loans of farmers. He asserted that the people will give a befitting reply to the BJP in the 2019 Lok Sabha elections. At the same time, Gandhi also iterated that he and his party would continue to work for the needy irrespective of them being in power or not.

Gandhi was right when he asked the school students in Amethi to ask about their problems to Uttar Pradesh Chief Minister Yogi Adityanath and Prime Minister Narendra Modi as Uttar Pradesh is ruled by the saffron party. It is their responsibility to address the issues faced by the people of the state. Gandhi said that the children should pose the questions before Prime Minister Modi instead of asking him.

Rahul Gandhi also listed the works carried out by him in his constituency and alleged that the BJP was sidelining the interests of the people in Amethi.