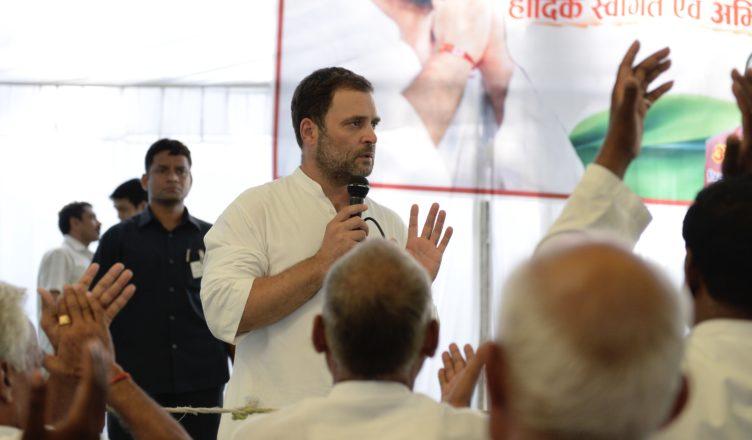 Congress president Rahul Gandhi, who is on a two-day visit to Amethi, held a ‘Janta Darbar’ here yesterday in which he listened to the problems faced by the people of his constituency.

The Congress president also interacted with traders at Gauriganj in Amethi, and had a good discussion with them.

He also met and interacted with Congress workers and supporters at the public guest house in Gauriganj.

Former union minister and member of parliament Sanjay Singh, along with his wife Ameeta Singh met Gandhi and discussed with him issues related to the party and the people.

“A discussion on how to make the Congress stronger in Uttar Pradesh was held with Rahulji,” Singh said.

On being asked about the meeting, she only said that she was there to meet her MP and nothing else.

Later in the day, Gandhi also met the family of CRPF personnel Anil Kumar, who lost his life during an encounter with Naxals in Chhattisgarh. He met them and payed his homage.

The Congress president is also to visit Gujarat’s Bhavnagar and Amreli districts on July 15 and 16, where he will interact with farmers.

Gandhi would also be meeting newly-elected presidents and vice-presidents of district panchayats also.