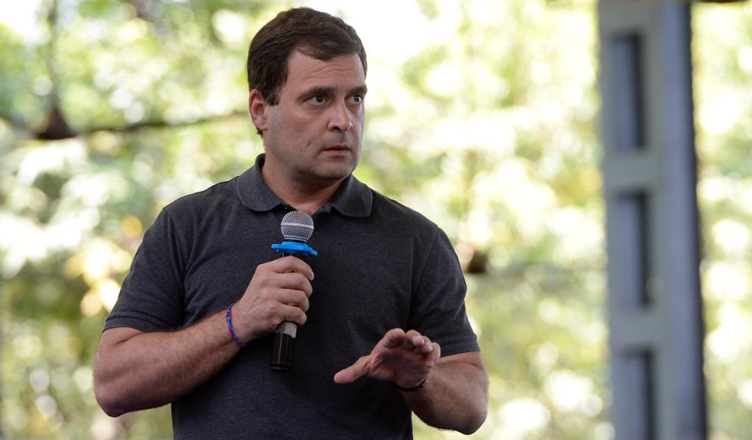 While interacting with students of Stella Maris College in Chennai, Congress President Rahul Gandhi on Wednesday batted for women empowerment and promised that they are going to pass the Women’s Reservation Bill in the Parliament and reserve 33 per cent of government jobs for women.

“Women should be at the same level as men. Frankly, I don’t see enough women in leadership positions. We are going to pass the Women’s Reservation Bill in the Parliament and we are going to reserve 33% of govt jobs to women,” Gandhi said.

Encouraging women, the Congress Chief said that they should always believe in themselves and that they have every right to the space that they deserve.

“I want you to remember that as women you have every right to the space that you deserve. You will find in life people who will say you can’t do this, you can’t do that. Never accept that. Always believe in yourself,” he said.

Gandhi then presented the contrast between his party and the Bharatiya Janata Party (BJP) regarding their approach towards women.

“There is an ideological battle in the country today and they are sharply divided. One ideology is a unifying one that believes, the country should not be dominated by any one idea. No state should feel oppressed. On the other, you have an ideology represented by the current govt, where they believe that one idea should be imposed. They have a particular view about the role of women in society. They feel that different cultures are inferior,” he said.

The Gandhi scion further said that he has imbibed the quality of humility from his mother, Sonia Gandhi.

“Humility. No matter who the person is, they have a unique way of looking at the world. Doesn’t matter what your position is, you respect others. She taught me to love,” he replied when asked about what he learnt from his mother.

Shifting his focus to education, Gandhi said that he does not believe in privatisation of education system but that government institutions should be the standard bearers.

He further assured that they would increase the fund allocation to education to 6 per cent.

Later in the day, Gandhi is scheduled to address a public meeting at Scott Christian College ground in Nagercoil, Tamil Nadu.

One thought on “Rahul Gandhi encourages women, says always believe in yourself”