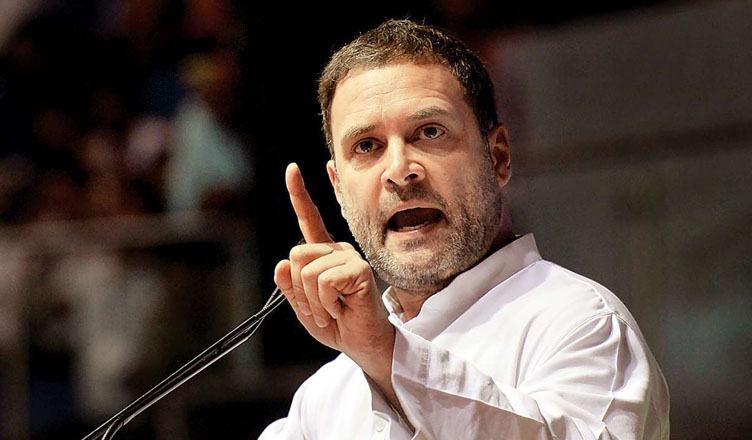 In the wake of absconding liquor baron Vijay Mallya’s allegations that he met the Finance Minister before leaving India, Congress President Rahul Gandhi on Wednesday urged Prime Minister Narendra Modi to order an independent probe into the matter and demanded the resignation of Arun Jaitley.

“Given Vijay Mallya’s extremely serious allegations in London today, the PM should immediately order an independent probe into the matter. Arun Jaitley should step down as FInance Minister while this probe is underway,” Gandhi tweeted.

Given Vijay Mallya’s extremely serious allegations in London today, the PM should immediately order an independent probe into the matter. Arun Jaitley should step down as FInance Minister while this probe is underway.

Meanwhile, former Union Minister Yashwant Sinha stated that not only Jaitley, but the entire Bharatiya Janata Party (BJP) must come clean on its relations with the liquor baron.

“Not only the finance minister, the entire BJP must come clean on its relations with Vijay Mallya,” Sinha wrote on Twitter.

Congress spokesperson Randeep Surjewala also took to Twitter to lash out at the BJP.

“After Mallya reveals his ‘consultation meetings’ before his smooth escape, with Fiscal Mismanagement Blog Minister Sh Jaitley, one thing is clear: BJP is running a tour, travels and immigration agency for loot, scoot and settle abroad brigade,” Surjewala tweeted.

Controversy erupted when Mallya told reporters outside London’s Westminster magistrate’s court on Wednesday that he had met Arun Jaitley before leaving India and told him he’s going to London.

“I had a scheduled meeting in Geneva. I met the Finance Minister before I left…repeated my offer to settle with the banks. That is the truth,” Mallya told reporters.

However, Jaitley denied all the allegations by Mallya and said that since 2014, he had not given any appointment to the latter.

“The statement of Vijay Mallaya that he met me & offered settlement is factually false in as much as it does not reflect truth.  Since 2014, I have never given him any appointment to meet me and the question of his having met me does not arise,” Jaitley tweeted.

“Since he was a Member of Rajya Sabha and he occasionally attended the House, he misused that privilege on one occasion, having been fully briefed about his earlier “bluff offers”, I curtly told him “there was no point talking to me and he must make offers to his bankers.” I did not even receive the papers that he was holding in his hand. Besides this one sentence exchange where he misused his privilege as a RS Member to further his commercial interest as a bank debtor, there is no question of my having ever given him an appointment to meet me,” Jaitley’s full statement on Twitter read.

Recently, on his trip to the UK, the Congress President had hinted towards Mallya meeting some BJP leaders before fleeing.

“Before leaving, Mallya met some senior BJP leaders, that is documented. I won’t name who. So, they are pretty lenient with these people,” he had said.

A group of 17 Indian banks are trying to collect approximately ₹9,000 crore which Mallya took in the form of loans and routed them to gain 100% or a partial stake in about 40 companies across the world.

He is facing multiple charges including financial fraud and money laundering.